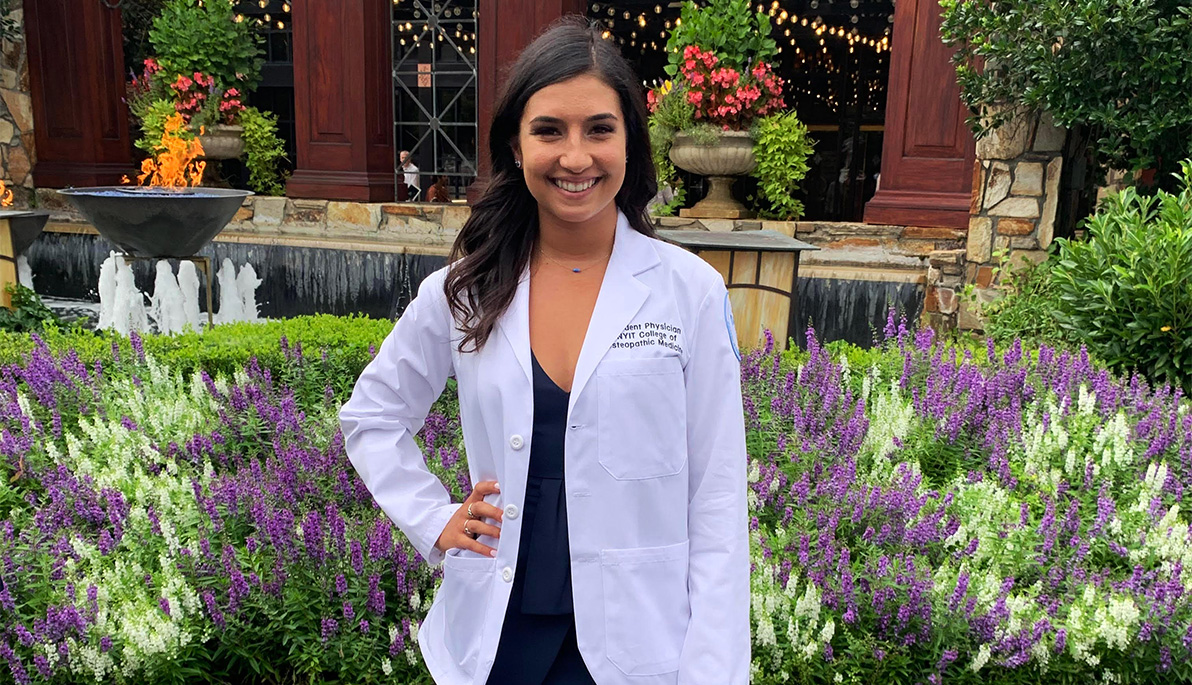 The award, which is typically granted to advanced researchers in the hypertension field, such as Ph.D. and post-doctoral, was announced at the AHA’s Hypertension Scientific Sessions 2020, a four-day scientific program for clinical and basic science researchers. Maddie was one of 10 qualified new investigators selected to receive this award and present abstracts during this conference.

Maddie’s recognition was supported by the research project, “Loss of The Brown-Like Phenotype of Aortic PVAT Is Associated with Mitochondrial Dysfunction in Obesity-Induced Endothelial Dysfunction in Female Rats.” The research, which was completed under the mentorship of Maria Alicia Carrillo Sepulveda, Ph.D., BSN, assistant professor of biomedical sciences at NYITCOM, investigated the connection between obesity and the fat around the aorta, known as PVAT (perivascular adipose tissue).

In obesity, PVAT changes from a brown-like fat to a white-like fat, thus changing its function. The research analyzed the connection between this change and dysfunction in mitochondria and blood vessels. The findings suggest that PVAT changes due to obesity are associated with the loss of mitochondria resulting in vascular dysfunction.

“Research has been a passion of mine since college, and I have enjoyed doing research on topics that are pertinent to the medical community and my future patients. This award is a great honor, especially since it is typically granted to Ph.D. students or postdocs,” said Maddie. “It solidified that my research is relevant and can help propel the field forward. I hope to continue research throughout my time in medical school as well as in my career as a physician.”

The research aimed to explore one area of a larger research project from Carrillo Sepulveda’s laboratory, which investigates how obesity negatively affects blood vessels and subsequently contributes to the development of hypertension. Hypertension is a leading cause of mortality in the United States. Some results from this project have been recently published on diabetes in collaboration with Columbia University. The investigators have identified that biochemical changes to a protein called PPARg may play a significant role in vascular complications during metabolic disorders, such as obesity and type 2 diabetes. The researchers’ findings suggest that modifications on PPAR’s may be a key component linking vascular complications in obesity-induced hypertension.

“PVAT alterations have been positively correlated to the risk of vascular complications and hypertension. We hope our findings will improve scientific understanding of how PVAT modifications affect overall vascular function,” said Carrillo Sepulveda. “Nicole has joined my laboratory prior to even joining medical school. I have mentored her over the past three years, and it has been extremely rewarding. She has made significant progress in this project, and her findings are striking. I received this same award when I was postdoc, and it really helped me to advance my line of investigation and career. I am confident that this award will continue to encourage Nicole to continue hypertension research and support her physician-scientist career.” 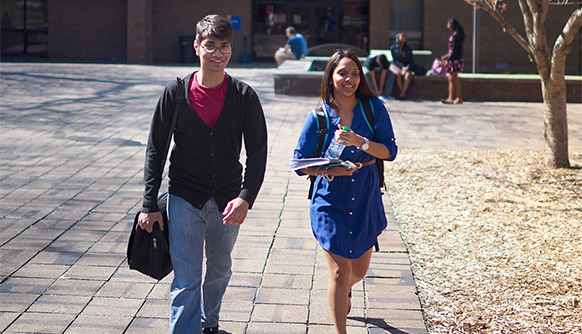 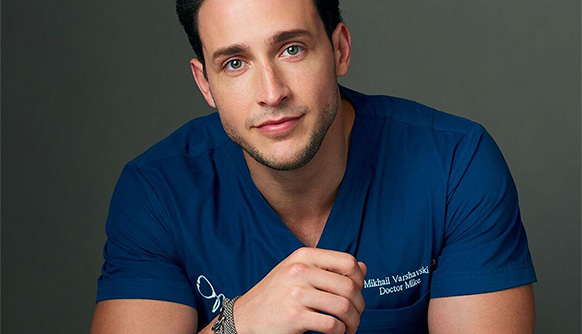 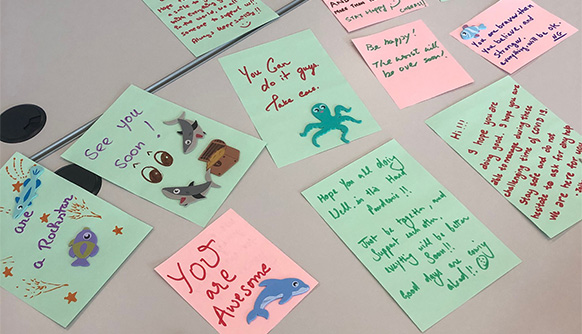 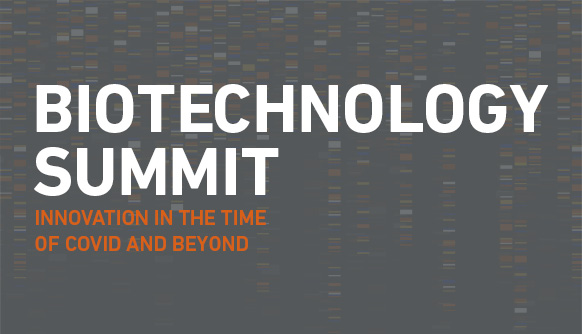