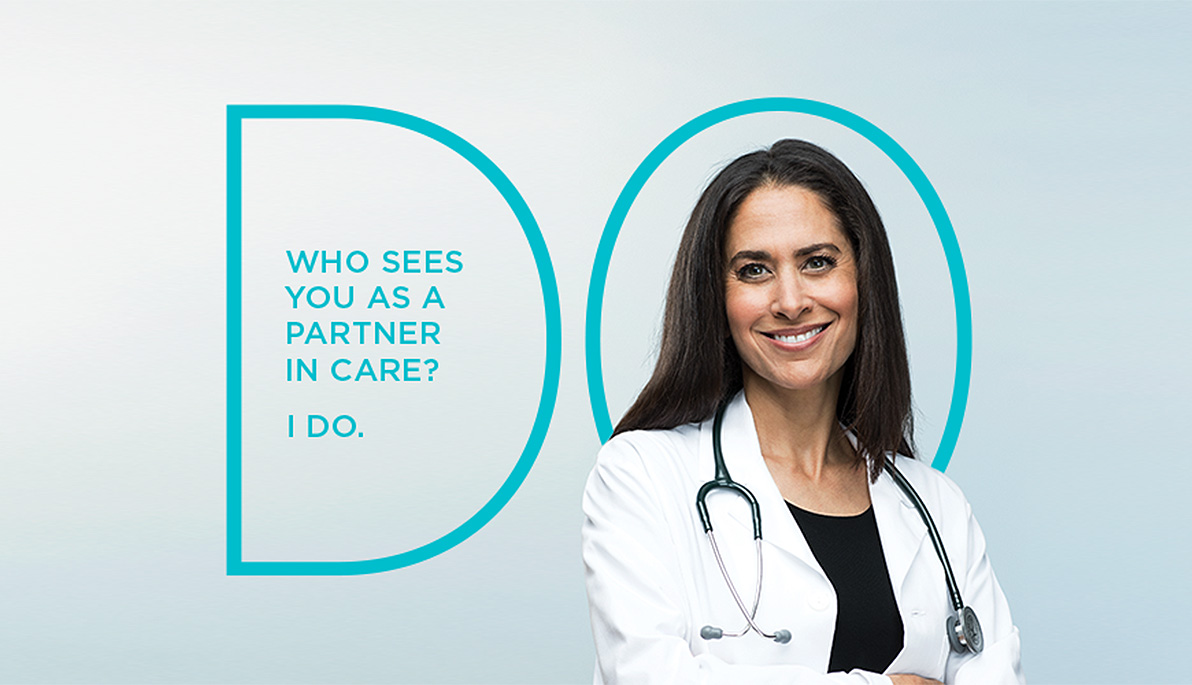 Adena Leder, D.O., assistant professor in NYIT College of Osteopathic Medicine (NYITCOM), and Mikhail Varshavski (D.O. ’14) are among the physicians featured in the American Osteopathic Association’s (AOA) advertising campaign Doctors that DO. They join Brookshield Laurent, D.O., vice chair of clinical specialties at NYITCOM at Arkansas State University, who was featured in the campaign in 2017. The ads will run nationally in Men’s Health, Women’s Health, People, and the Journal of the American Osteopathic Association, as well as the AOA’s website. Leder and Varshavski sat down with The Box to talk about the experience.

What was your reaction when you found out you were going to be featured in the campaign?
Adena Leder (AL): I was very surprised and excited.

Mikhail Varshavski (MV): Extreme excitement! I am a second generation DO and am very proud of it. 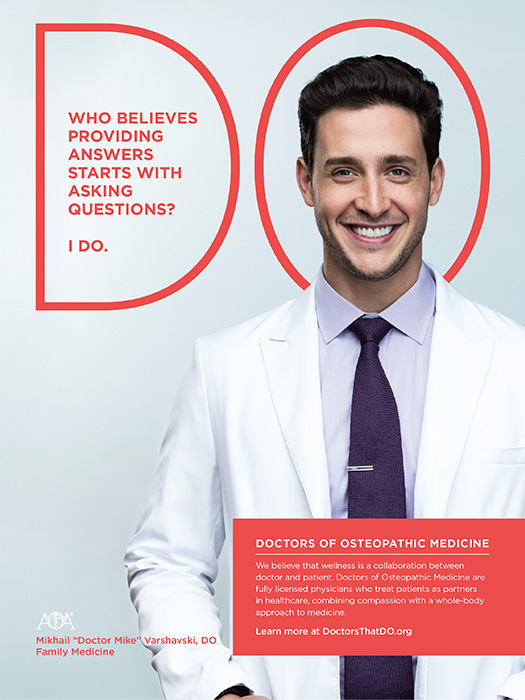 Mikhail Varshavski (D.O. ’14) is one of the American Osteopathic Association’s Doctors that DO.

What do you want people to know about osteopathic medicine?
AL: Osteopathic physicians practice in every area of medicine, with a whole body approach. As students, we are trained from day one to place our hands on our patients. This translates later on into excellent diagnostic skills. I am very proud to be able to play a role in positively representing our profession.

What attracted you to osteopathic medicine?
AL: I chose osteopathic medicine because I was attracted to the whole-person approach and emphasis on preventive medicine. Proper nutrition and exercise have always been a part of my lifestyle. The holistic methods of treatment align well with my own beliefs.

MV: I was exposed to OMT [osteopathic manipulative treatment] at an early age as my father [who is a D.O.] practiced many of the techniques on me after my sports sessions. It intrigued me how effective manual medicine was in alleviating my many problems but was not discussed on television and in the majority of medical conversations.