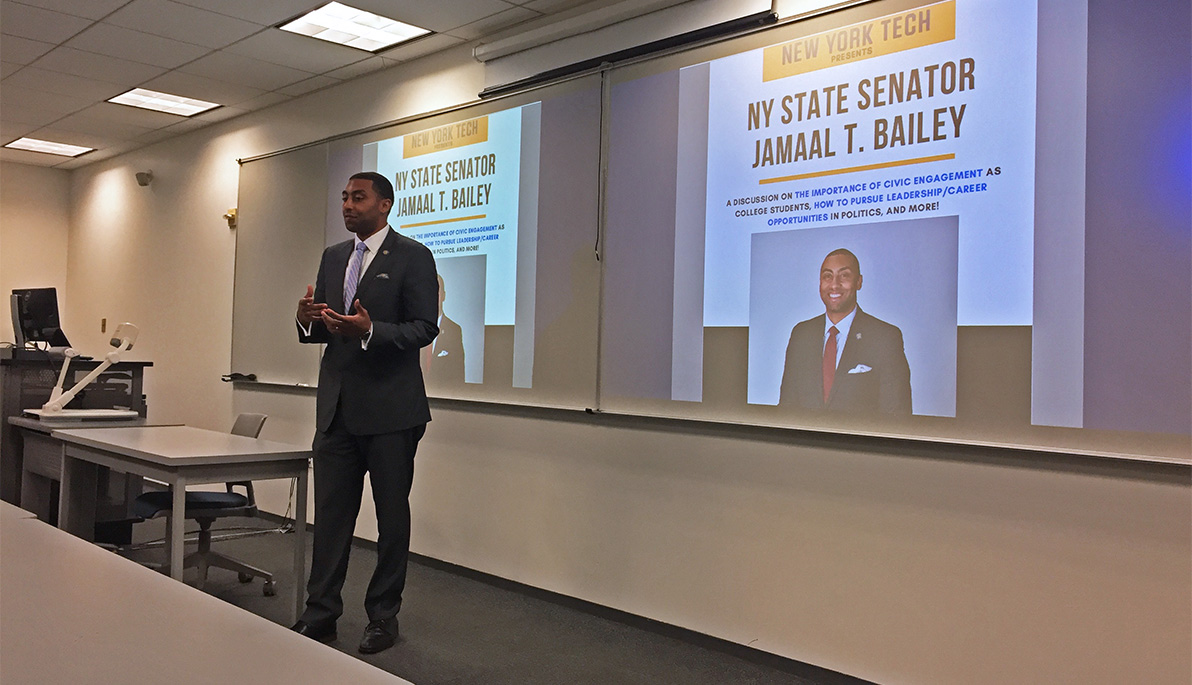 Bailey, who represents the 36th State Senate District, which covers the Bronx neighborhoods of Norwood, Bedford Park, Williamsbridge, Co-op City, Wakefield and Baychester and the Westchester city of Mount Vernon, said that when the people of a community are involved and informed, they can have a positive impact on the lives of others. He touched on personal experience to bring this message home. When Bailey decided to run for office, he relied on his community. He went from door to door to collect the signatures he needed to be placed on the ballot. He was elected to the State Senate on November 8, 2016.

He also spoke about the importance of leadership, saying, “mediocre will not get you anywhere.” Bailey encouraged the students to become more active and engaged in their communities and emphasized the importance of voting.

New York Institute of Technology offers students many opportunities to get involved on and office campus, including Consultants for the Public Good, which connects New York Tech students, faculty, staff, and alumni with non-profit organizations for community-based volunteer opportunities. The university also offers a minor in Civic Engagement, a 15-credit, self-designed program that focuses on you rights and responsibilities as emerging leaders in your fields and community at large. 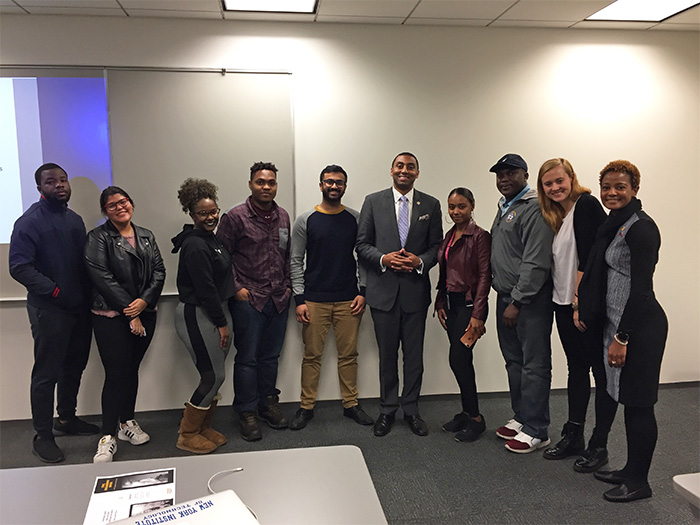