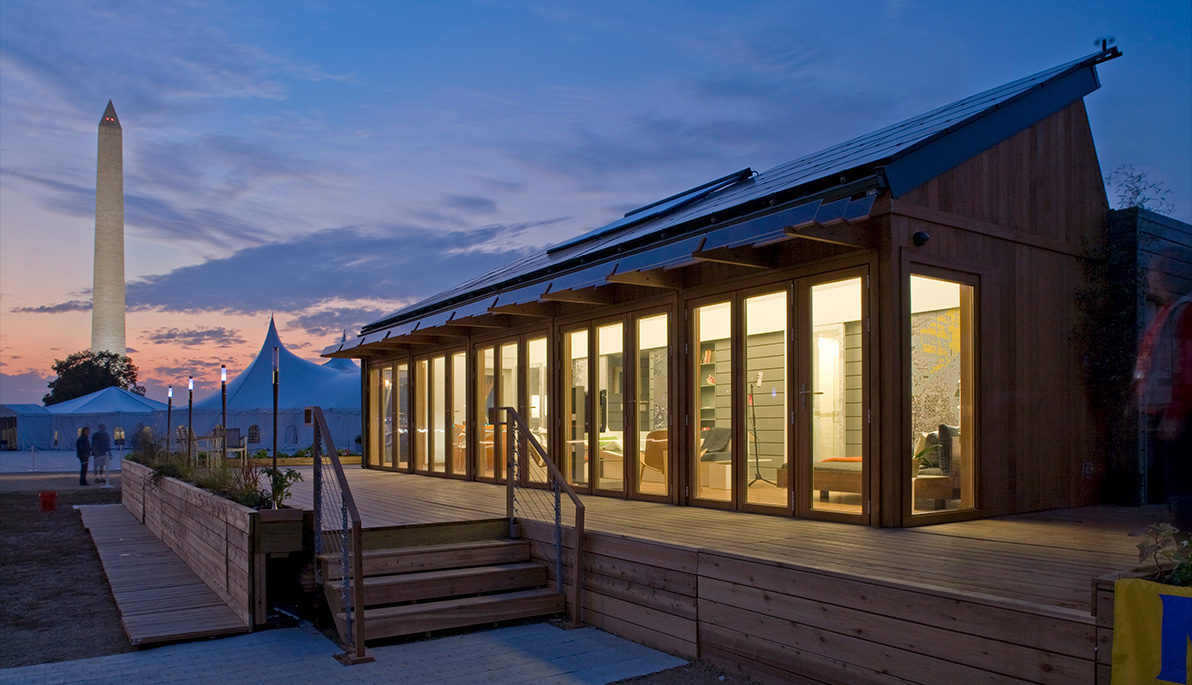 OPEN House, a solar home built by an interdisciplinary team led by NYIT School of Architecture and Design and NYIT College of Engineering and Computing Sciences students, is now the site of a COVID-19 emergency operations center at Point Lookout, Long Island. Constructed in 2007 for the U.S. Department of Energy Solar Decathlon held in Washington, D.C., the structure was donated to the Town of Hempstead by the university after the competition.

In a story published on March 23, Newsday reports that David Neubert, M.D., is monitoring the health of workers from within the solar home. “Dr. Dave,” as he is known by colleagues, is in charge of managing the Town of Hempstead’s emergency medical services, and treating and diagnosing more than 1,800 workers.

“Because of the work and collaboration by Dr. Dave, this is why we don’t have more confirmed cases,” Councilman Anthony D’Esposito said. “This is preventing further spread of the virus.”

“We’re basically running a disaster response and a medical branch of disaster response for the town,” Neubert said in the article. “We’re concentrating on the medical aspects of the town and ensuring the health and safety of our workers. It’s so the workforce can be resilient and government can continue essential functions during the extent of the pandemic.”

The structure’s original purpose was in response to a challenge posed by the U.S. Department of Energy to inform, educate and raise public awareness about alternative and renewable energy sources, sustainable design and reducing the environmental impact of conventional construction. There were tasked with designing, building and operating the most attractive and energy-efficient solar-powered home. New York Tech’s student team was among 20 colleges competing from the United States, Puerto Rico, Germany, Spain, and Canada.

“The conversion of the solar home into a center for medical operations during this unprecedented emergency, previously used for office and teaching spaces in Point Lookout, involves a reflection on the social purpose of architecture,” said Maria Perbellini, M.Arch., dean of NYIT School of Architecture and Design. “The responsibility of architectural design is more than just creating beautiful and efficient buildings. It is about the social value, the role that architecture has in offering adaptable spaces for the needs of individuals and communities.”