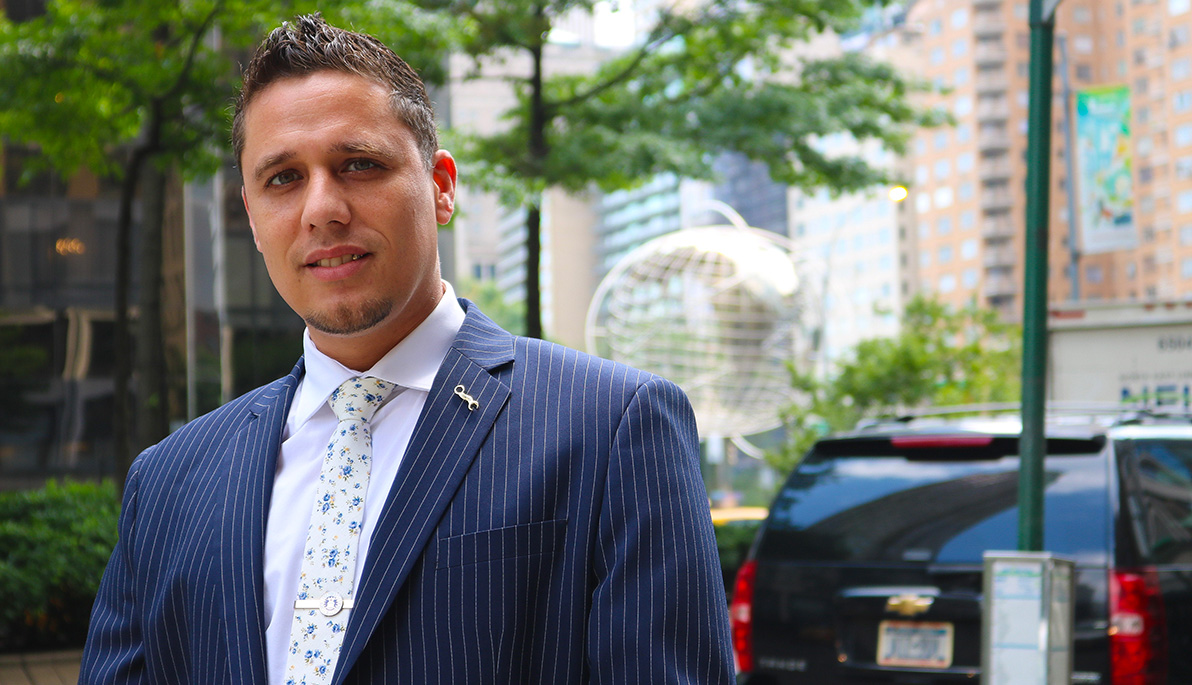 On Veterans Day, Frank Rivera, M.S., director of military and veteran affairs, appeared in an interview with ABC News’s live online show The Debrief. The segment, which aired nationally and anchored by seasoned correspondent Kimberly Brooks, provided a meaningful discussion on the challenges that veterans face upon returning to civilian life.

Nearly 200,000 military veterans transition to civilian life every year. While the GI-Bill enables a transformative educational experience, navigating the higher education system can be one of the greatest challenges that veterans face. Rivera, a U.S. Air Force veteran who experienced these issues as a college student, discussed the ways that New York Institute of Technology is working to engage its student veterans and help them succeed.

“At an institutional level, we’re becoming more military-inclusive, having veterans more involved with special events and empowering them through our Student Veterans Organization. Giving them the opportunity to create their own narrative has been really beneficial for them,” he said.

Rivera appeared alongside Dre Popow, former U.S. Marine and founder of Veterans Rebuilding Life, a non-profit organization that empowers combat veterans to transform the trauma of active duty into positive humanitarian experiences. Both Rivera and Popow noted how society must be aware of the invisible wounds of war, which often cause veterans to feel isolated in their experiences.

“If you’re still suffering on the inside it’s hard for you to open up and relate and communicate those feelings, especially when you feel like that outsider,” said Rivera. “So we do the best we can to make them feel inclusive at New York Institute of Technology, but on a grander scale I think it needs to become more important for other organizations to [also] address that specific issue.”

The interview followed the November 7 screening of the film Almost Sunrise at NYIT Auditorium on Broadway, which addressed the challenges veterans face after returning from war.