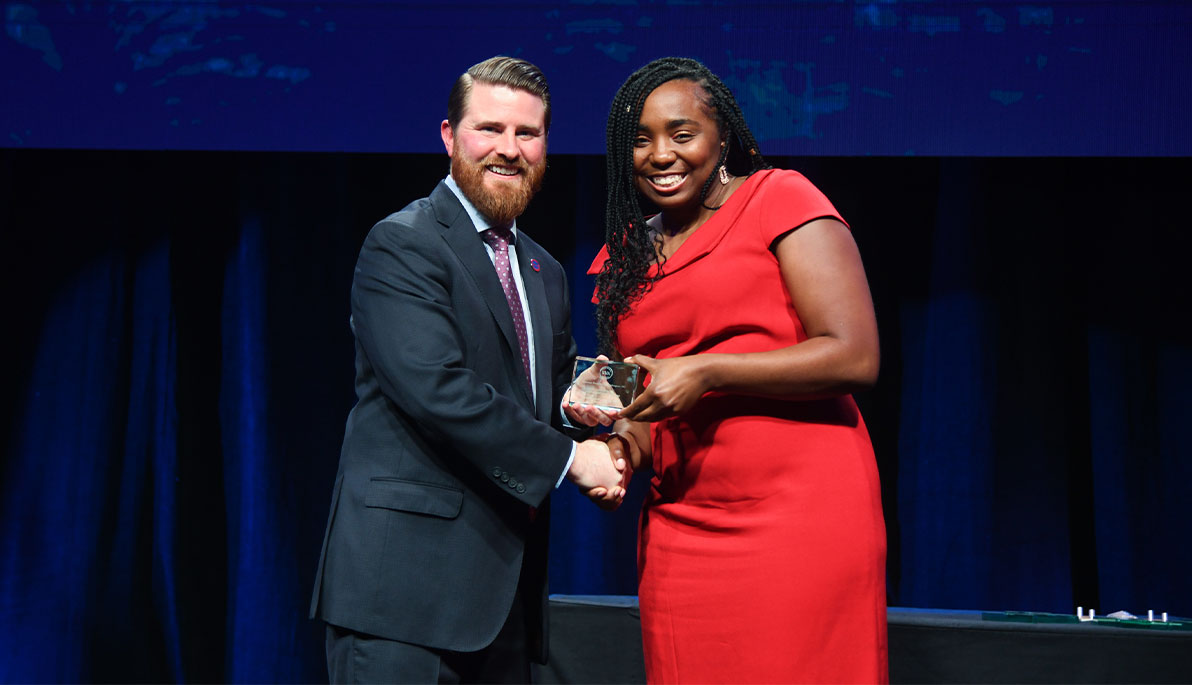 New York Institute of Technology’s Office of Military and Veteran Affairs made an impressive showing at the 2020 Student Veterans of America (SVA) National Convention (NatCon), January 3 through 5 in Los Angeles, Calif. 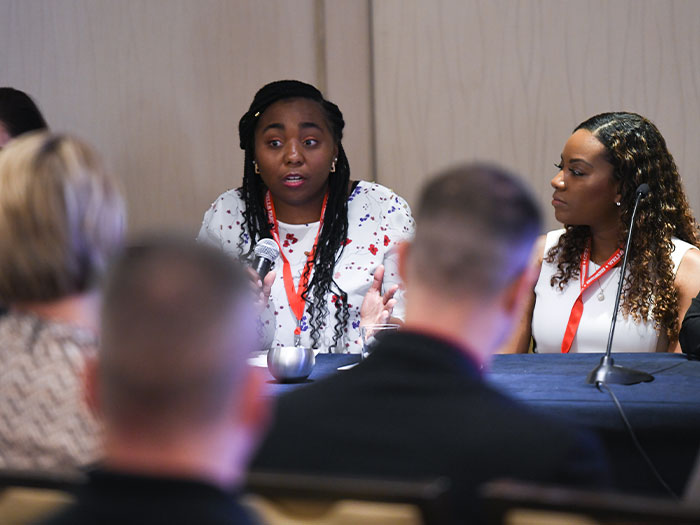 Rivera, who was also named a finalist for SVA Chapter Advisor of the Year, joined fellow advisors from other U.S. institutions on the panel “SVA Chapter Advisor Best Practices.” Throughout the discussion, he highlighted the approach that he has taken to increase membership and participation in the New York Tech’s Student Veterans Organization (SVO), addressed potential program advocacy and fundraising pitfalls, and underscored why universities must encourage and play an active role in student veteran engagement.

“SVO chapters are the lifeblood of campus student veteran communities, and it’s critical that we view these groups not only as vehicles of retention but also as impactful organizations that can build camaraderie and strengthen resilience among a population that is readapting to civilian life,” said Rivera. 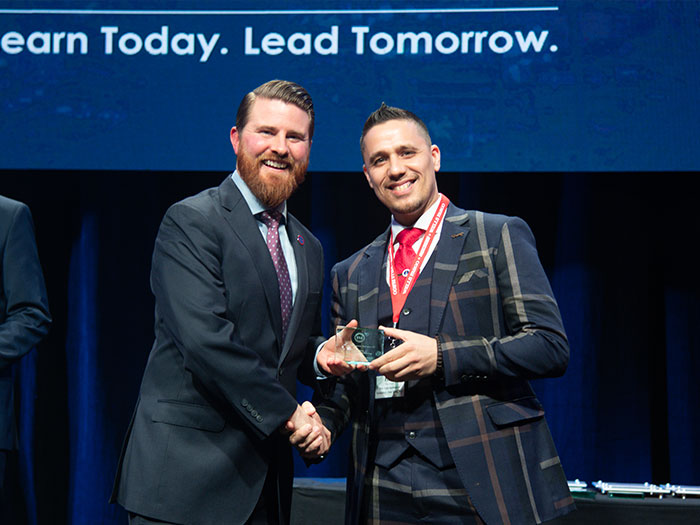 Jared Lyon, president and CEO of the Student Veterans of America, recognizes Frank Rivera as a finalist for SVA Chapter Advisor of the Year.

Dent, who served in the U.S. Air Force as an aviation resource manager, was chosen from more than 500,000 student veterans as one of 10 finalists for the Student Veteran of the Year award. In addition, she spoke as a panelist in the breakout session “Best Student Leader Best Practices,” where she talked about her involvement with New York Tech’s SVO, overcoming challenges to boost engagement, and the need for partnerships with other student organizations. Dent also made a strong case that the size of the SVO chapter is a small measure compared to its impact on the student veteran community.

Dent was also selected as one of the nation’s 10 student veterans to participate in the 2020 Veterans of Foreign Wars (VFW) Fellowship Program. In early March, she will travel to Washington D.C. and join more than 500 VFW members on Capitol Hill to advocate on behalf of all veterans, service members, and their families.