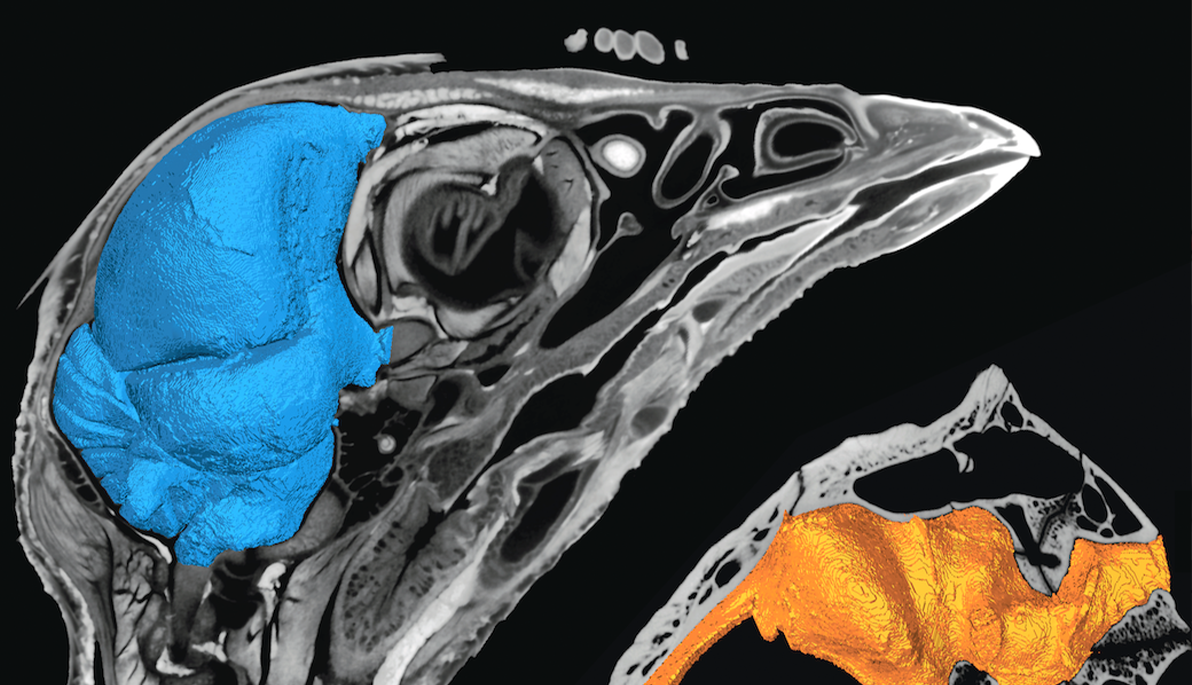 Pictured: Watanabe’s latest project, funded by an NSF CAREER grant, will use micro-CT scanning technology to model the evolution of bird brains and skulls over millions of years. micro-CT scanning uses x-ray imaging technology, similar to CAT scans used in hospitals, to make interior structures of objects and specimens visible at a microscopic level.

The Faculty Early Career Development Program (CAREER) award is one of the most prestigious and competitive NSF grants. Principal investigators can receive the award once in their career and can only submit a proposal up to three times. Impressively, Watanabe’s very first submission to the program was selected.

Watanabe, a vertebrate paleontologist, sat down with The Box to discuss his award-winning project proposal, “CAREER: Evo-Developmental Interactions of Craniofacial and Brain Anatomy,” and what inspires his research.

Congratulations on this major career milestone! Tell us about the research project that will be funded by this award.
One of the enduring questions in biology is, “How and why do animals show incredible diversity in their shapes and sizes?” To answer this question, my lab uses modern 3-D scanning technologies, mathematical shape analysis, and computer programming to examine anatomical transformations that happen over days and weeks during development, as well as through millions of years of evolution. So far, my research has analyzed each anatomical structure, like the brain and skull, separately. For example, my previous studies have looked at the evolution of lizard and snake skulls and how ‘smart’ brains in birds evolved from their dinosaur ancestors.

This new grant will fund research on how the brain influences the development and evolution of the skull and vice versa. As you can guess, the brain and skull are intimately linked physically, developmentally, and functionally, and this interaction needs to be clarified for us to gain a holistic understanding of the forces that shape the development and evolution of these structures. I will be studying these interactions using birds as a model system but, this topic has clinical relevance to serious birth defects in humans, including craniosynostosis, where joints in the skull close prematurely preventing the brain to grow normally inside.

What does the CAREER Award mean for you personally and professionally?
This award represents a ‘first’ in multiple ways. It’s the first major grant that I’ve been awarded as a lead principal investigator (PI) here at New York Tech. The grant is significant for me because the proposed research not only pushes the limits of my existing expertise gained through the help of my past and current mentors, colleagues, and lab members but it will also use a whole new set of techniques that I haven’t used before in my research.

According to institutional records, this is also the first CAREER grant awarded to a faculty member at New York Tech. I view this award as a clear sign of the increased support for research made in the last few years at New York Tech. The project I proposed in my application would not have been possible without the timely assembly of cutting-edge facilities at New York Tech, including the Center for Biomedical Innovation with virtual reality (VR) stations, Visualization Center with a micro-computed tomography (CT) scanner, and Imaging Center with state-of-the-art microscopes.

Tell us about the education component of this project.
In addition to research, the CAREER program requires that proposals include a significant education component. I’ve decided to bring in my other passions to my proposal by including new education initiatives centered on virtual reality (VR) game design, through collaboration with Center for Biomedical Innovation Director Randy Stout, Ph.D., and musical transformations of scientific data to be added to the existing Humanism in Medicine program at NYITCOM, through collaboration with Julia Molnar, Ph.D., assistant professor of anatomy. The latter initiative will conclude with a music recital in New York City. As an amateur musician who studied music composition in college, I am beyond excited to have new pieces premiered in one of the greatest cultural centers of the world.

What drew you to this field and your current research?
My training is in paleontology, so my fascination with anatomy grew from my interest in seeing and drawing dinosaurs and other prehistoric animals as a child. As a scientist, I became especially interested in cranial anatomy because it’s the most information-rich region of the body and the first and usually the most important way we communicate with each other—especially in video conferences during a pandemic! 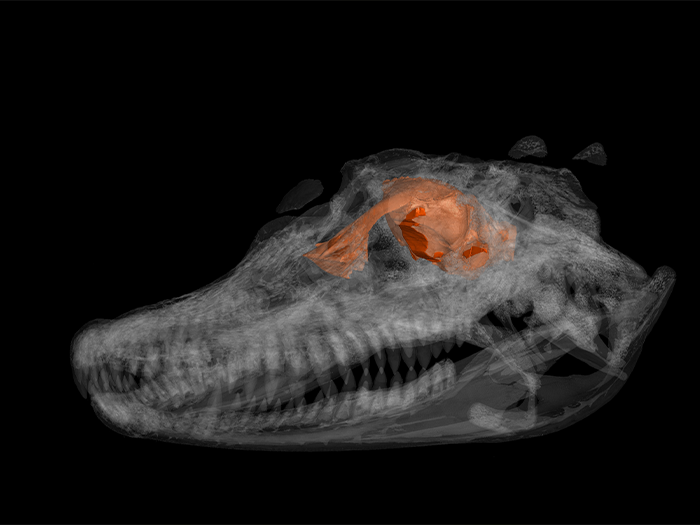 In the laboratory, Watanabe conducts anatomy research using micro-CT scanning technology, shown here in this scan of a juvenile alligator.

Tell us about your role at NYITCOM. How are you helping to educate future physicians?
I started my current position as an assistant professor of anatomy at NYITCOM in 2018. Every year, I join a team of anatomy faculty to teach cadaver-based anatomy labs to over 300 first-year medical students. You might wonder why a scientist who studies reptile and bird anatomy would teach human anatomy to future physicians. That’s because we all share the same sets of bones, muscles, and organs (with some exceptions, of course).

In fact, the NYITCOM anatomy department studies an eclectic range of animals, from salamanders to whales and giraffes. I believe that this is one of the best qualities of our department because these diverse perspectives allow us to bring extra context and nuance when we teach anatomy to our students. In addition to human anatomy, I’m also involved in guiding third-year medical students in the Academic Medicine Scholars Program at NYITCOM and serve as a guest instructor in our new D.O./Ph.D. program. Beyond New York Tech, I’m a research associate at the American Museum of Natural History in New York City, where I received my Ph.D. There, I co-teach a graduate-level course on geometric morphometrics (mathematical shape analysis) every couple of years.

Wow, you have a very busy schedule!
At any given time, I tend to be involved in many projects because it’s difficult for me to say ‘no’ to new, exciting projects, and I love the comradery and stimulation I get from solving scientific problems with a team of researchers. For example, I’m currently working with other scientists on how the brain configuration changed across major ecological transitions, like terrestrial to marine habitats, in crocodiles and their ancestral kins. These collaborative projects require data collected from fossil and living animals from around the world and would be impossible without modern scanning technologies and our colleagues kindly sharing their data.

Sounds like a very collaborative experience. Speaking of collaboration, do students assist in your research?
I currently have several medical and undergraduate students working on a wide range of projects. Chun Maung (OMS III) and Marichelle Pita (OMS II) are working on a new education app for learning human anatomy; Sylvia Marshall (OMS III) is testing staining protocols on eyes from cadavers to create high-resolution 3-D models of ocular structures; and New York Tech undergraduate students John Thomas and Shebin Tharakan have worked on transforming my scientific data into music and processing high-resolution 3-D models of snake skulls to analyze structural configuration across different species.

What inspires you in your work?
First, I’d like to say that this CAREER award would not have been possible without the incredible support from New York Tech. When I started at New York Tech, I was given space outside of my department to establish a developmental biology lab and was also given permission to attend a six-week summer course on embryology where I learned techniques that are instrumental to the research that’s being funded by this grant. I’m also deeply indebted to the medical and undergraduate students in my lab who worked hard to produce exciting results that helped me create a successful grant proposal, including Marielle Bedell (OMS III), Alexis Morin (OMS III), Scott Landman (OMS II), and Yekaterina Okouneva (OMS II). The talent, dedication, and generosity of the leadership, faculty, staff, and students at New York Tech always inspire me to become a better researcher and educator.

In my personal life, I also get a lot of inspiration for work from various types of media, especially music, films, and games. Although these media tend to be brushed aside as distractions, they are a constant source of fresh ideas for me when it comes to how I approach and communicate my research. When it comes time to write up my research projects, I often listen to classical music for inspiration in form and narrative structure––my all-time favorite composer Johannes Brahms is often effective for this. I also enjoy incorporating aspects of film editing in my favorite movies into my scientific presentations. A couple of years ago, I gave a five-minute ‘lightning’ talk about my research in the style of a movie trailer as a way to summarize my projects and tease future research plans in my lab. Finally, the masterful ways in which games teach you complex mechanics is always something I want to replicate in my own teaching and communication. By incorporating aspects of my favorite music, films, and games, I like to think that it makes my presentations more distinctive and effective. And even if the audience doesn’t notice, at least I get a lot of enjoyment from this process. 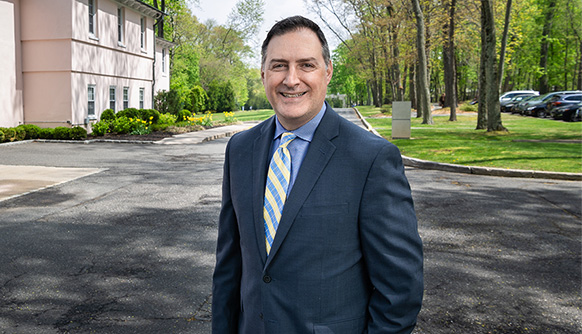 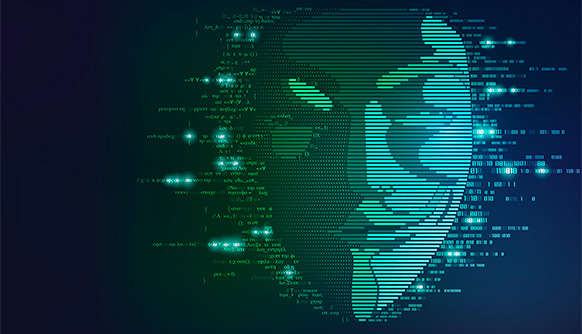 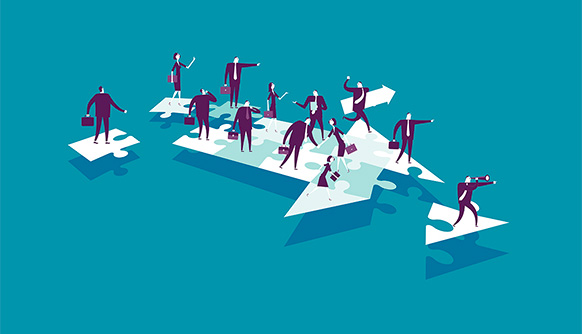 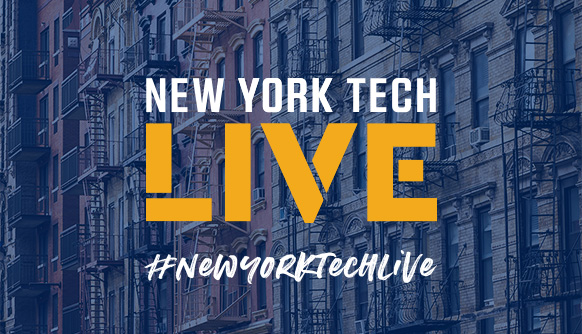