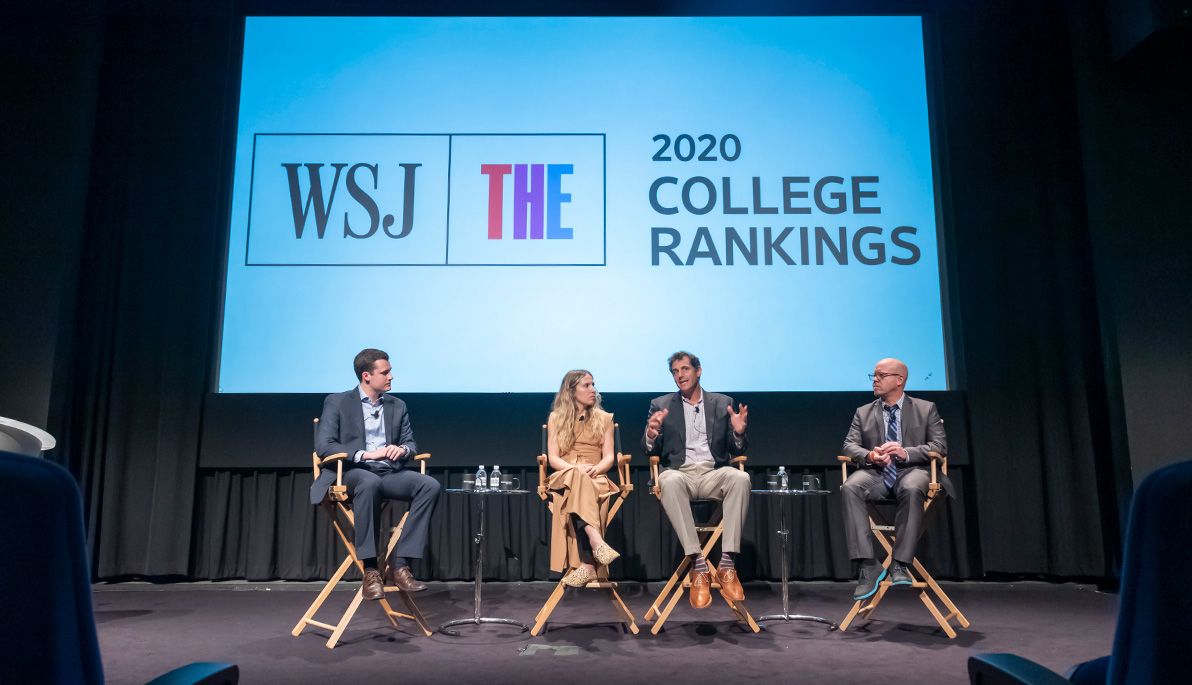 As published in the September 5 edition of The Wall Street Journal (with a full report online on the THE website on September 26), New York Institute of Technology’s overall ranking moved up to No. 266 nationally vs. No. 396 last year. The 130-point jump puts New York Tech in the top third of the 801 universities represented in the rankings.

Adding to this year’s excitement: New York Tech served as host institution for a two-day event that included the launch event and the annual THE Student Success Forum, joining high-profile institutions including UC Berkeley and NYU, that have served as hosts in years past. THE Editor John Gill and WSJ Editor in Chief Matt Murray led the evening’s presentations.

The WSJ/THE college rankings, celebrating their fifth year, were developed to emphasize how well colleges prepare students for life after graduation—basing rankings on 15 factors across four main categories or “pillars.” Murray unveiled the top 10 to the audience gathered at NYIT Auditorium on Broadway, with Harvard securing the No. 1 spot as it did last year.

“We felt colleges, and more importantly, students deserve better than the rankings that dominated the sector for so long,” said Gill. He added that the rankings are “helping students understand the strengths of prospective colleges to reflect their real concerns and indeed the concerns of their parents, incentivizing schools and colleges to deliver transformational education.” The key factors are weighted so that:

In comparing New York Tech’s 2020 scores to years past, the university ranked significantly better in two pillars: resources (faculty per student and finance per student) and outcomes (graduation rate and salary). It maintained its high ranking among all institutions in the environment category, indicative of its commitment to diversity and inclusion.

“This incredible upward shift is worth celebrating,” noted New York Tech President Hank Foley, Ph.D., “especially since we moved up much faster than anyone thought we could. The hard work and professionalism of our faculty and staff are much appreciated and clearly paying dividends.”

In a panel discussion immediately following the launch, WSJ editors and reporters discussed recent developments in the college admissions process as well as the increasing anxieties surroundings costs and ROI, the Varsity Blues scandal, parents’ roles, and other trends.