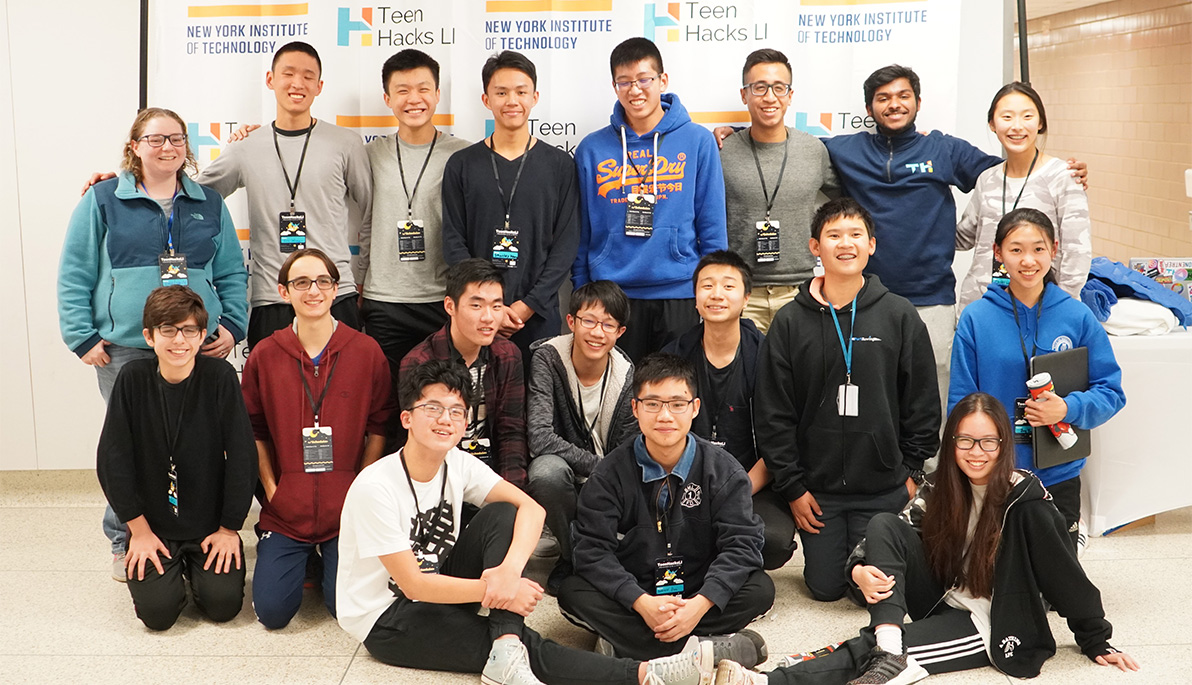 More than 300 high school students from across the New York metropolitan area and beyond engaged in a 24-hour TeenHacks LI hackathon from November 9 through 10 at NYIT-Long Island. The hackathon, held in Salten, Anna Rubin, and Harry Schure Halls, challenged participants to work together in teams and develop solutions for problems they identified using a variety of software and hardware tools.

Projects developed during the hackathon included a website that tracks one’s day-to-day fitness and diet patterns; a Chrome extension that allows users to recognize dark patterns on retail sites; a hardware device that reminds users to stop procrastinating and start studying; a tool to help those with chronic illnesses budget their energy through the day, and many more. In addition to New York Tech, TeenHacks LI worked with several other sponsors to produce the event, including Guardian Life, Empowerly, DealerTrack, TIBCO, and GitHub, among others. Multiple sponsors offered prizes for designated hacks; select prizes included programmable robots, graphic drawing tablets, and solar-powered chargers. 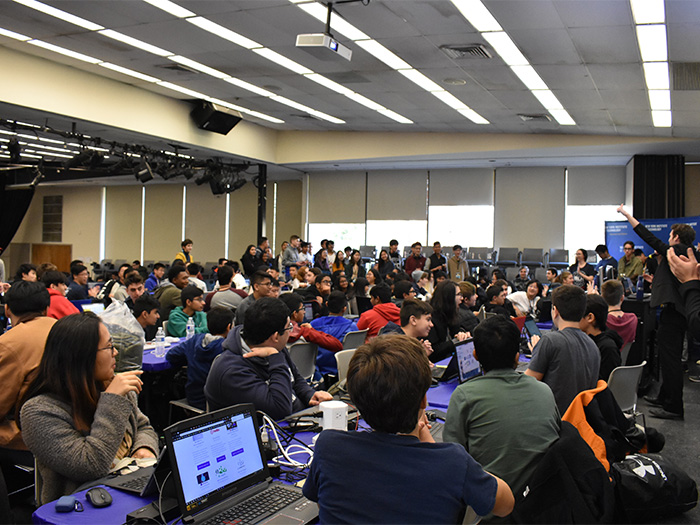 For 24 hours, hackers and their mentors worked together to create innovative solutions.

In addition to the hacking activities, participants had access to several workshops on design thinking, women in STEM, machine learning, and Minecraft Mods and various opportunities to connect with other students. A video game tournament and Major League Hacking mini-events also allowed the students to take a break from coding, as did time for a bit of sleep.

Wesley Pergament, a high school student from Jericho, N.Y., co-founded TeenHacks LI with fellow high school student Jeffrey Yu of Roslyn, N.Y. “We had more than 50 submissions during the course of 24 hours,” Pergament said. “It’s amazing to see how students can get inspired by our community and workshops as well as test what they think can be possible.” Pergament and Yu established TeenHacks LI in 2018 to bring 24-hour hackathons to Long Island high schools.

The Veterans Day weekend hackathon was the third that TeenHacks LI has held this year, and the second held at New York Tech. The first had the capacity for only 60 participants; by hosting the second and third at New York Institute of Technology’s Long Island campus, TeenHacks LI was able to leverage the university’s robust tech facilities and accessible location.

“TeenHacks LI has done a remarkable job bringing the thrill of coding to Long Island’s youth,” said Nada Marie Anid, Ph.D., vice president for strategic communications and external affairs. “The event is a testament to how New York Tech is the place where the future is reinvented. We are proud to host this unique event, the largest on Long Island, with the goal of creating tech solutions that benefit society.”

In addition to demonstrating their software and hardware expertise while working to beat the clock, hackers learned the value of teamwork and coordination. “Collaboration is so important for students to learn at a young age,” Pergament said. “They improve their computer science and project management skills. This also helps foster communication, which is widely sought after in the technology world.” 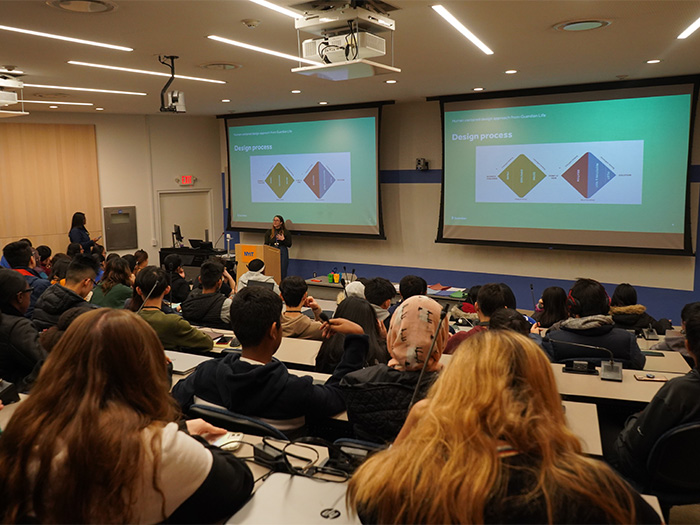 Students participated in workshops on topics such as Microsoft Azure, ZEIT, and Minecraft animation.

Following the project judging, first place was awarded to team Insite, which included four students from Great Neck South High School on Long Island. Their inspiration came from the surge of dark patterns often found in the online retail environment, which they described as computer interfaces crafted to trick users into doing things they did not mean to do. “Insite is here to change that,” the team noted.

Insite is a free-to-use Chrome extension that helps users find dark patterns through an intuitive and user-friendly design. Once users download the extension, they can run an in-depth site analysis so that any dark patterns will automatically be highlighted.

Second place went to team CalorieReceipt for its work to create a website that helps users track fitness and diet patterns. Third place was awarded to team Anamotion, which included students from High Technology High School in Lincroft, N.J., and Bronx High School of Science in New York City. Their project analyzes emotions in the faces that appear in videos in a business setting.