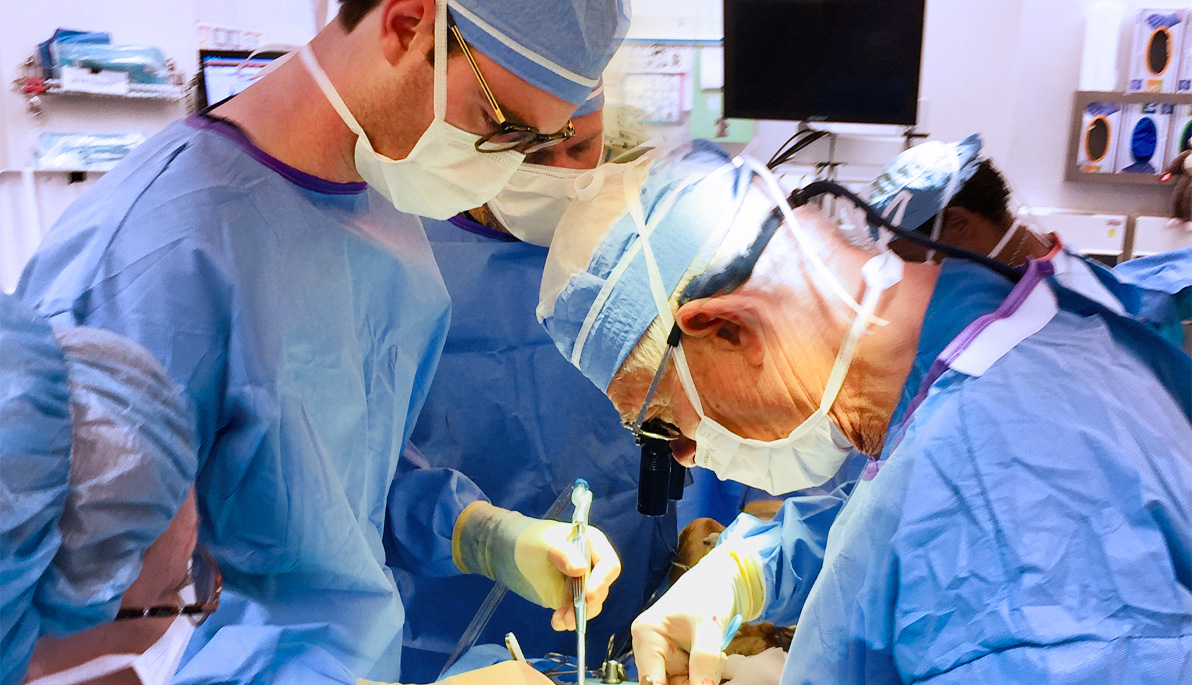 Pictured: Third-year medical student Landon Jackson is part of NYITCOM at A-State’s inaugural class, which is in its first clinical rotations.

The inaugural class at NYIT College of Osteopathic Medicine at Arkansas State University (NYITCOM at A-State) is now in its third year, which means for the first time, students from the Jonesboro campus are doing clinical rotations throughout Arkansas and the Mississippi Delta region.

Over the past three years, NYITCOM at A-State has developed relationships with roughly 150 hospitals, clinics, and individual physicians who will provide invaluable hands-on training to third-year medical students. So far, the experience has been overwhelmingly positive for both the medical students and the preceptors (licensed, practicing physicians that partner with NYITCOM to train students in a specific area of medical practice for a specific period) who are training them.

“The third year allows students to see and experience all the things they’ve been intensely studying for the previous two years,” said Amanda Deel, D.O., assistant professor and assistant dean, who oversees the third- and fourth-year programs. “For the physicians, it’s exciting for them to see medicine from the perspective of a student. The newness and enthusiasm the students bring impacts the doctors they’re working with, so it’s a win-win situation for everyone.”

NYITCOM at A-State is the first osteopathic medical school in Arkansas, so the arrival of the NYITCOM students marked a milestone for the college, the region, and osteopathic medicine at large.

“This is the first time so many Arkansas physicians and patients have been exposed to osteopathic methods,” Deel said. “Our third-year students have set the groundwork for thousands of D.O. students to follow through the remarkable work they’ve done alongside their preceptors and through the extremely high level of professionalism they’ve displayed. They’ve represented our school exceptionally well.”

“Our regional administrators are extremely vital to the success of our third-year experience, particularly during this first year we have students in rotations,” Deel said. “They develop relationships with our students as well as the physicians with which they’re training, and they provide the crucial support to both groups to ensure the success of our program.”

Three NYITCOM at A-State students spoke to The Box about their third-year experience. 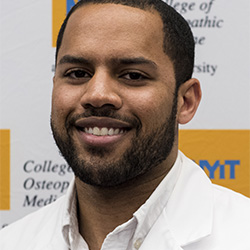 John Ukadike, Baptist Hospital
“It’s been a great experience,” said John Ukadike, who grew up in Little Rock, Ark., and has done the majority of his clinical rotations at Baptist Hospital. “I feel really fortunate to have an opportunity to attend medical school in my home state and now be back home for my training. My family is all here, so it’s been really great.”

Ukadike hopes to specialize in internal medicine and practice in Central Arkansas once he completes medical school and his residency.

“I’m really drawn to the patient/physician relationships that internal medicine provides,” he said. “I like having the ability to see the same patients, build relationships with them, and help them. My third-year experiences have really pushed me towards being an internist.” 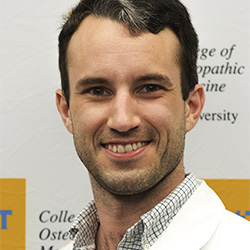 “It’s a pretty special place to me,” he said.

Preston is leaning toward pediatrics, citing a significant need in Southeast Arkansas. He feels like both the region and the specialty are his calling.

“I did my undergrad in Jonesboro and established some roots there, so I had my heart set on staying in Northeast Arkansas,” he said. His experience at JRMC quickly changed his mind. “Things work out the way they’re supposed to. I’ve been exposed to so many cases that have provided unique learning opportunities, and I’ve had just a great experience in Pine Bluff.” 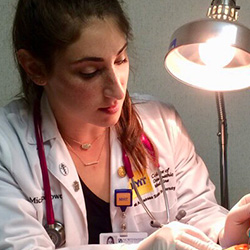 Michelle Tedrowe, University of Arkansas
As a freshman at the University of Arkansas, Michelle Tedrowe (who is originally from San Antonio, Texas) was a walk-on with the Razorbacks track team, but was medically disqualified due to a knee injury. Now she’s back in Northwest Arkansas doing her clinical rotations with Ramon Ylanan, M.D., who works with the Razorbacks athletics department. Ylanan also happens to be the one who failed Tedrowe’s physical in 2012, which ultimately ended her athletic career.

“We had a good laugh about it my first day on the rotation,” said Tedrowe, whose goal is to specialize in sports medicine and help people recover from their injuries and get back to enjoying the activities they love. “Dr. Ylanan likes to teach, so it was a great place for me to learn. I made plans to go back and do physicals at his clinic this spring and I’m very appreciative of the role he’s played in my career.”