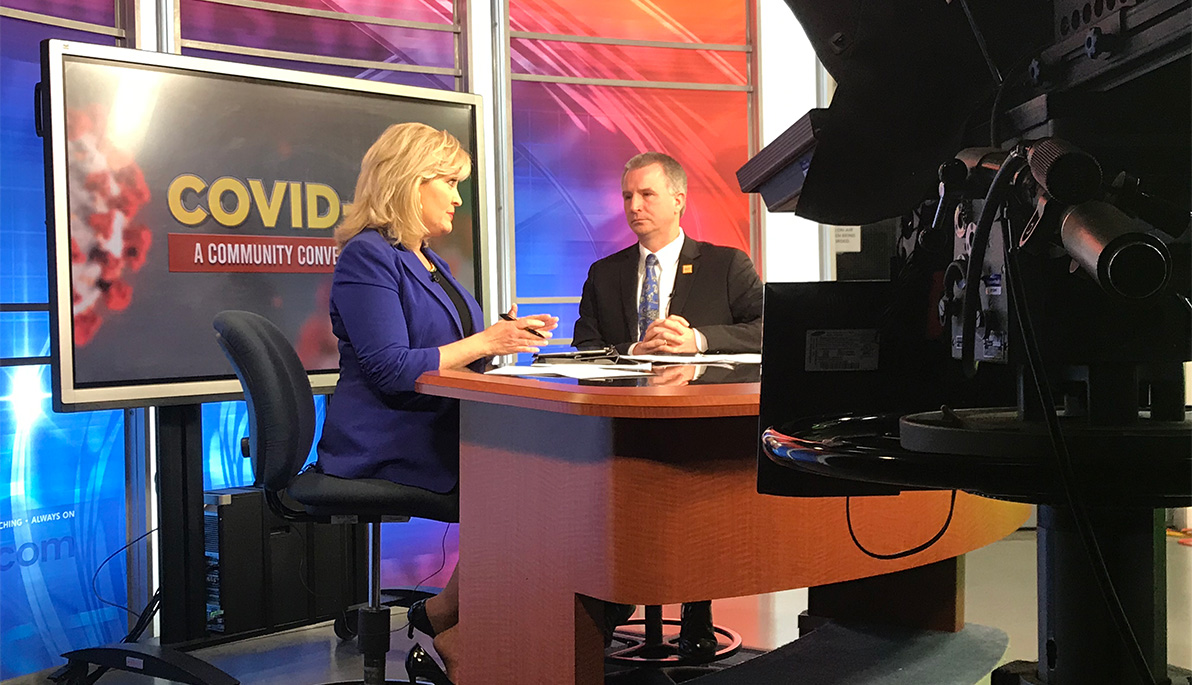 Speights, who serves as medical director for the City of Jonesboro in addition to his role in leading NYITCOM-Arkansas, became a valuable resource for Perrin as the mayor made decisions that helped guide the city through unprecedented times.

“I don’t know what we would do without Dr. Speights,” Perrin told Jonesboro Occasions magazine in March. “His knowledge and ability to keep his finger on this situation has kept us ahead in the fight.”

Speights’ position with the City of Jonesboro is one of many instances where NYITCOM-Arkansas faculty and staff members have stepped in to provide leadership, disseminate information, and serve as resources for communities and organizations throughout Northeast Arkansas and the Delta region in recent months.

Area school districts, youth sports leagues, and religious institutions are among those consulting with NYITCOM-Arkansas leadership to help adjust their operations and communicate with their members. Kapil Bajaj, director of academic and research technologies, introduced the city, county, and other stakeholders to virtual technology platforms like Zoom to assist in their transition to telecommuting.

“I’m really proud of the way so many of our team members have given of themselves to help the people of this region have a better understanding of what’s going on in terms of the public health crisis and to assist area leaders through these difficult times,” Speights said. “It’s times like these that a community should really benefit from having a medical school in their region, and we’ve been able to provide valuable information and much-needed guidance that I believe has made a difference.” 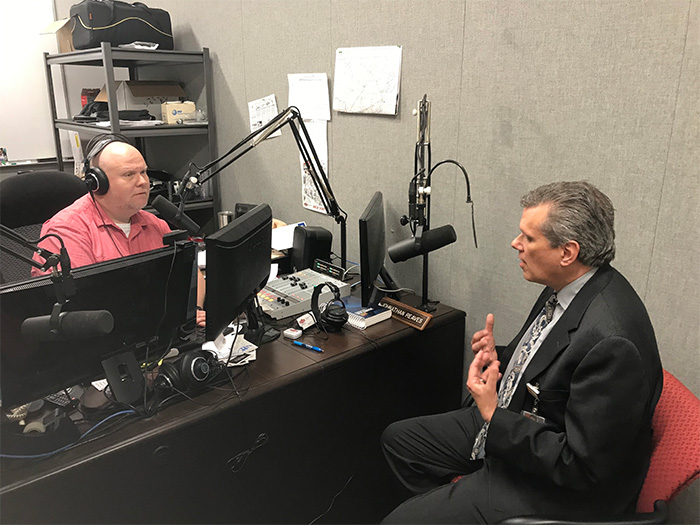 DPHI leaders have regularly met with elected officials and civic leaders to help them develop policies to keep their community members as safe as possible. The institute has also produced numerous health literacy pieces regarding COVID-19, shared infographics on the institute’s social media channels, and hosted webinars to keep the public informed.

Additionally, NYITCOM faculty members such as Carl Abraham, M.D., an infectious disease specialist, have shared their expertise to many of the smaller rural hospitals that have requested direction and advice.

“We’re poised to lead these conversations because it’s part of our mission to help create healthier communities in Arkansas and the Delta, and we have the resources to do so,” said Brookshield Laurent, D.O., chair of clinical medicine and executive director of the DPHI. “We have experts in health, specifically in public health, community health and population health, and we have the assets in technology, education, and community engagement to get good information out there, and we’ve been very successful in doing so.”

NYITCOM-Jonesboro leaders have been frequently featured in the media throughout the health crisis. In March, Abraham wrote an op-ed, “Reshaping an Outbreak,”that warned of the seriousness of the COVID-19 issue and provided advice on how individuals could help slow its spread. It was published in Arkansas Business, the Arkansas Democrat Gazette, Jonesboro Sun, and Memphis Commercial Appeal.

Jonathan Berman, Ph.D., assistant professor of basic sciences, contributed to an online story that answered questions regarding how vaccines are created and why it’s expected to take so long to develop one for SARS-COV-2; his work appeared in numerous publications as did a commentary by Hilliary Sismondo, M.D., assistant professor of clinical medicine, on pediatric concerns about COVID-19. Rajendram Rajnarayanan, assistant dean of research, also penned an op-ed warning Arkansans to not overreact to positive COVID-19 news from other parts of the country while trends in the South were not yet slowing.

Speights has been a go-to source for Region 8 News, regularly providing information and context on the latest developments, and has conducted a number of Q&A sessions on KASU, the Jonesboro National Public Radio affiliate, and the City of Jonesboro’s media outlets. He published a commentary urging people to maintain preventative measures even as restrictions began to be lifted, and he has even been a popular guest on a local radio show that typically focuses on sports talk.

“There’s so much out there, and it’s been extremely important to serve as trustworthy sources and provide good information that’s specifically relevant to this region,” Speights said. “We will continue to do that as this crisis wages on. We want people to know that they can turn to us, and we want to serve our community well in these capacities.”