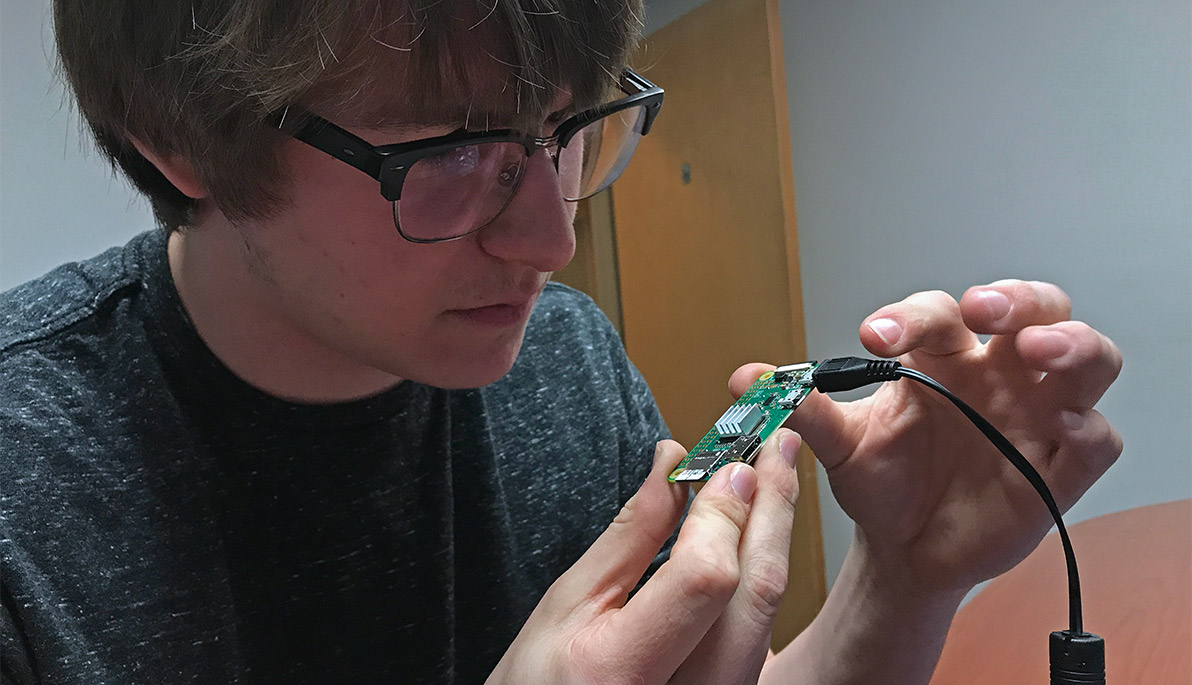 That’s the reason why, inspired by NYIT’s Innovation Labs, the computer science major held a workshop for his peers to demonstrate the adaptability and potential uses for the Raspberry Pi computer boards.

“The idea for a Raspberry Pi workshop came from surveying new and current student members of the ACM using an online Google form to gauge their areas of interest,” Cariello says. “We planned a two-part workshop. In the first session, we went over the basics of Linux and then some examples of what the ‘Pi’ could be used for. In the second part, we distributed Raspberry Pi Zeroes and assisted 25 students in setting them up and planning their own original projects.”

The Raspberry Pi Zero is a computer circuit board that is roughly one quarter the size of a dollar bill and runs on half a gig of RAM (512MB). It features multiple input/output ports, including a mini-HDMI socket, two micro USB connections for data transfer and power, and a microSD slot for storage. Costing as little as $5, they’re the perfect tool to introduce anyone to the vast applications of computing machinery. 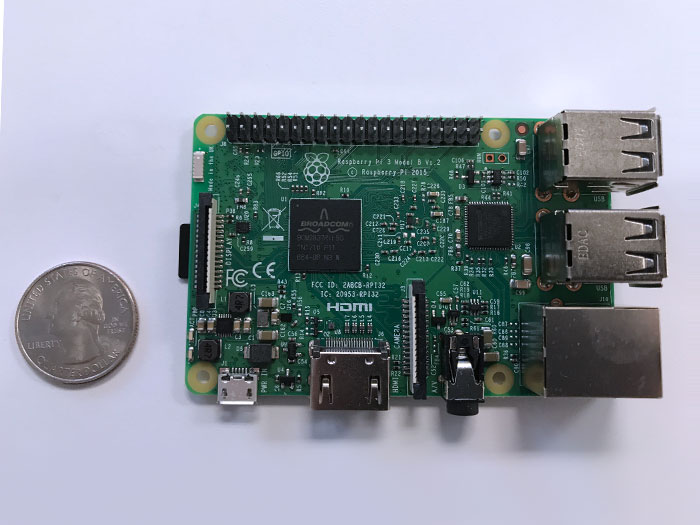 The Raspberry Pi computer board is a highly adaptable inexpensive piece of technology that allows students to create several devices.

“The overall goal of the workshop and NYIT’s ACM chapter is to provide students with learning experiences outside of the classroom that are new and exciting,” says Cariello.

The main attraction of using these inexpensive devices, he adds, are their versatility. “It can be used for really anything,” Cariello notes. “Some students set it up as a mini computer, others wanted to use it as a wireless access point. One of the more original workshop ideas involved creating a Raspberry Pi application that aggregated digital advertising for every device connected to a network.”

All students in Long Island and New York City are encouraged to visit NYIT’s Innovation Labs to check out Raspberry Pi kits, which are available to take home and borrow. Also available are Arduino kits that offer similar design applications.

“These kits provide a wide range of capabilities that allow for programmatic interaction with the real world through the use of sensors, LEDs, buttons, displays, and other types of electronics,” says Librarian II David Cirella (M.S. ’17), who supervises the Manhattan Innovation Lab located on the third floor of 1855 Broadway. “These kits allow for real-world phenomena, such as the presence of light or sound, to trigger some piece of computer code running on the board, allowing for real world interaction with software.”

NYIT students can explore these kits to gain experience in programming, electronics, and prototyping. While each type of board has its own set of strengths and weaknesses, potential applications include the areas of robotics, Internet of Things, data collection, Internet programming, and automation. Also available are several add-ons, including a Raspberry Pi camera module and infrared cameras, touch screens, and sensors that can detect temperature, humidity, sound, light, infrared, motion, and smoke.

All NYIT students are encouraged to try out the wide array of maker technology available at NYIT’s Innovation Labs at their Open Houses on February 13 and 15, noon to 3 p.m., in New York City and Long Island, respectively.

The Innovation Labs, located on the first floor of the Wisser Memorial Library (NYIT-Long Island) and the third floor of the NYIT-Manhattan Library, are open during regular library hours. Look for more stories on The Box highlighting various technologies available at the iLabs. 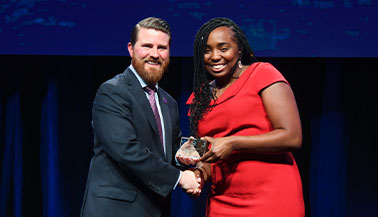