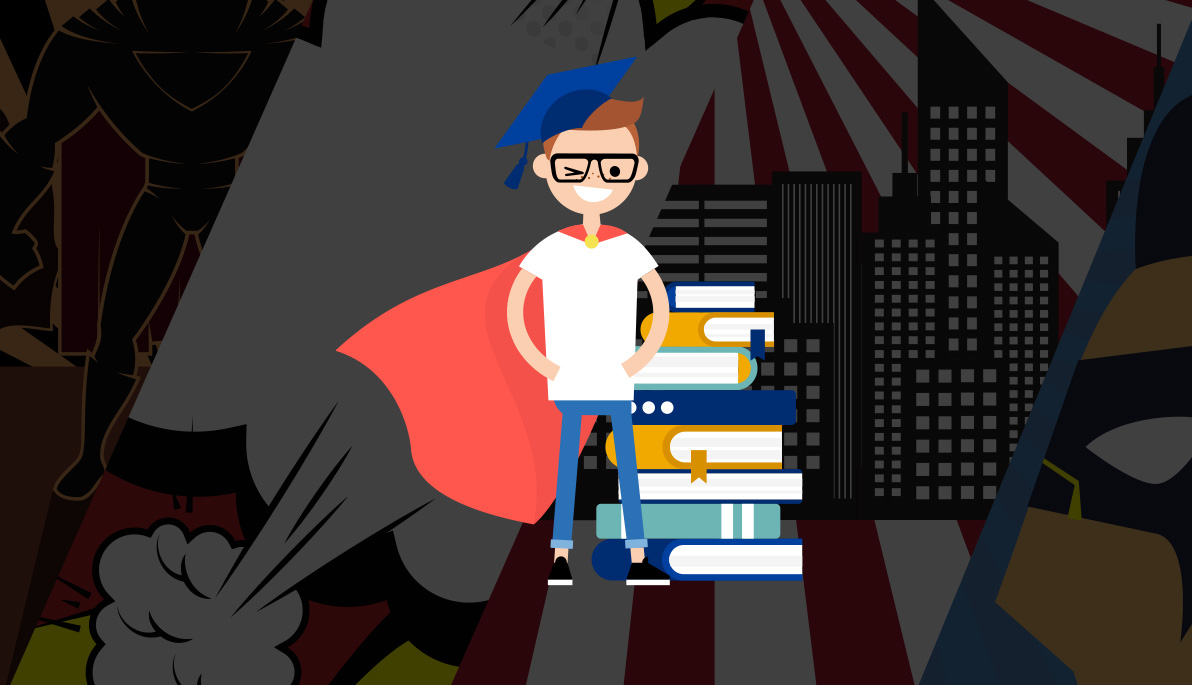 COVID-19 forced the New York Tech community to embrace new ways of teaching, learning, and working. But for some students who are also employees of the institution, this double-duty has required that they summon their “super powers.” For their contributions during this unprecedented time, student employees and their supervisors were celebrated as superheroes during National Student Employee Appreciation Week.

Each April, New York Tech joins colleges and universities across the country to celebrate National Student Employee Appreciation Week, held this year from April 12 through 16, and honor the outstanding work and contributions of student employees. The week-long celebration is organized by the National Student Employment Association and is planned and managed at New York Tech by the Office of Career Services.

“This year, we chose a superhero theme given the circumstances in which our 432 students and their 139 supervisors are operating,” explained Jessica Boudouris, assistant director of student employment. To kick off the week, Career Services shared a video, created by student employee Nicole Varone, featuring messages of thanks and recognition from supervisors to their student employees. The video opened with a message from President Hank Foley, Ph.D., and ended with announcing various award winners for both supervisors and employees:

Watch the video below to learn more about this year’s award winners.

As this is the second year in a row that the celebration was held virtually, Career Services introduced some new elements, including an outside speaker. On April 15, in a session open to the New York Tech community, Olena Zhadko, Ph.D., spoke about “Supervising and Mentoring: Best Practices for Success.” Also new this year was a virtual competition, Jeopardy-style, with supervisors competing against student employees (Team Supervisor prevailed).

Additionally, Boudouris encouraged supervisors to recognize their student employees for their superhero traits and characteristics using “superhero superlatives,” including super speed, super strength, and x-ray vision, suggested by Alessia Wilmore, a Career Services student employee. “Everyone can use a warm, uplifting message in these challenging times,” noted Boudouris.