Due to damage to transmission lines as a result of the storm, PSEG may not be able to restore power at the Long Island campus before Friday evening, August 7.

With the exception of the NYITCOM outdoor testing, the Long Island campus will remain closed on Thursday and Friday, August 6 and 7. 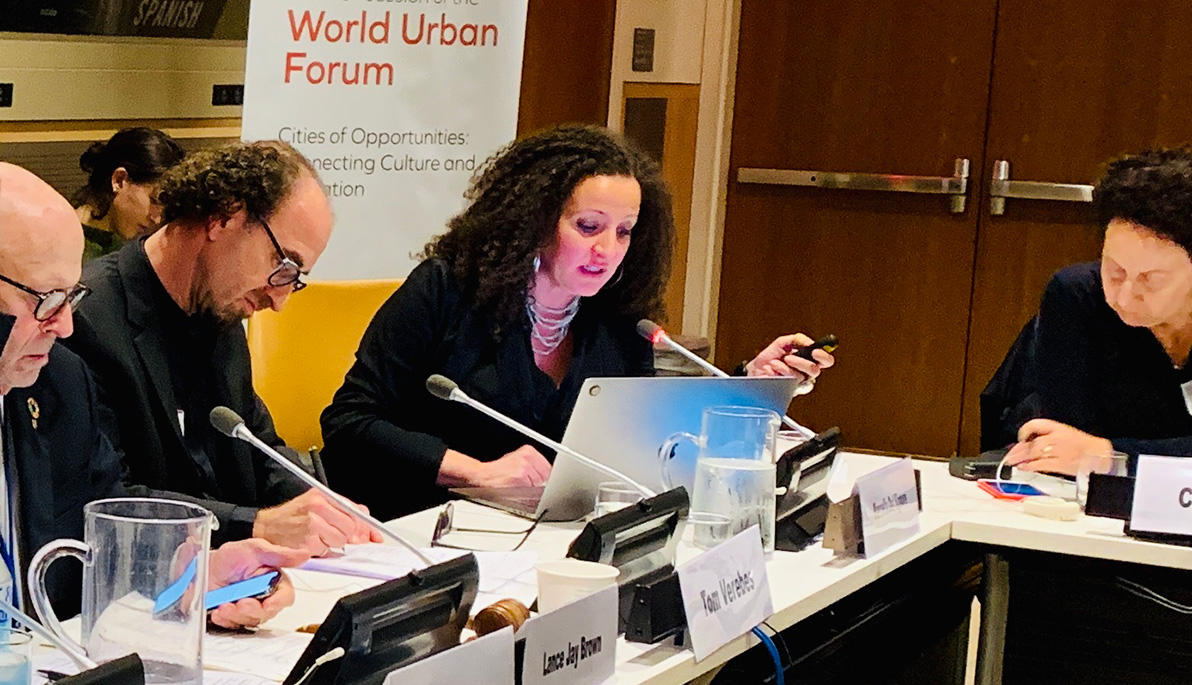 On October 17, Associate Professor of Architecture Marcella Del Signore, M.Arch., and Associate Dean Tom Verebes, Ph.D., were featured speakers at The Power of Public Space in a Digital Age symposium at the United Nations. The event was organized by the Consortium for Sustainable Urbanization, which is affiliated with the UN-Habitat and the United Nations.

Approximately 150 people from academia, non-profit organizations, and government gathered to discuss the potential, challenges, and opportunities for public space in the current digital age. The discussion was based on the U.N.’s Sustainable Development Goal 11: Sustainable Cities and Communities. “It was an important platform for discussion and sharing the current status of public spaces relative to our digital age and Sustainable Development Goals,” said Del Signore.

She presented her research on Public Space and Digital Culture. The Internet, smartphones, social media platforms, and Wi-Fi networks changed the way people interact, and the way they use public space. The symposium focused on the role of public space in a digital age. “On the one hand, the use of Information and Communication Technologies in public space is enhancing users’ participation and forms of citizens' empowerment. On the other hand, we have to expand our awareness on the number of resources used to run those systems, especially in the framework of short- and long-term goals for sustainable cities,” Del Signore said. “Urban systems and social/cultural practices are bonded to the rise of new techno-geographies [the relationship between the earth and human inventions] that are both developed through local public spaces and expanded urban networks.”

While public space still represents the place where the character and the culture of a society are materialized, technology continually redefines transnational abilities. “[It allows people] to act and operate beyond the countries they live as a digital citizen that lives on the cloud at a global level,” said Del Signore.

Verebes’ presentation examined the current political situation in Hong Kong, where people have been demonstrating in opposition to a bill that would allow extradition to China. He spoke about the ways the citizens and protesters use media, the way they meet and influence the city’s public space, as well as the impact media has on the public urbanism of Hong Kong. “I wished to highlight the transiting location of the public space of protest in Hong Kong from the mass protest on the exterior ground of the city to its urban interiors. Principally, inside its shopping and infrastructural armature,” said Verebes.

“This symposium presented a range of positions regarding the impact of digital technologies upon public urban space. It was especially exciting to have this event at the United Nations,” he said. 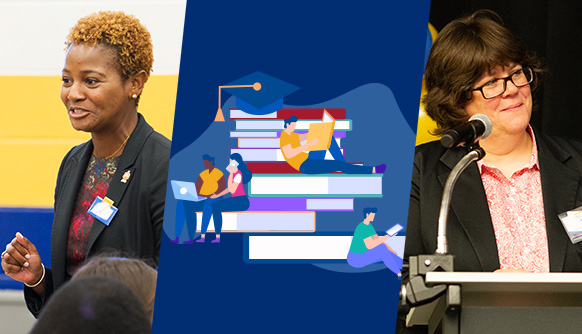 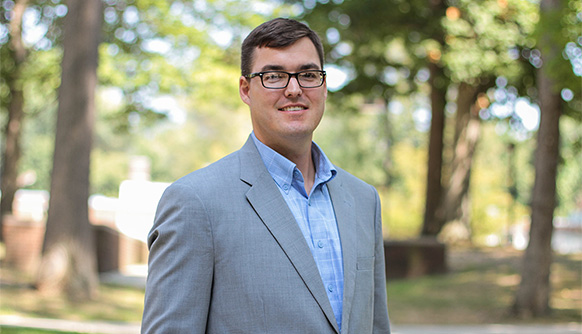