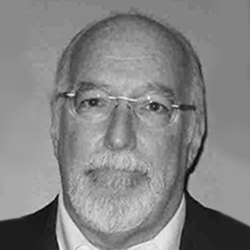 Zachary Levokove has spent the past 36 years in medicine. He joined NYITCOM as a full-time faculty member in 2016 after serving as an adjunct faculty member for the prior 15 years. He received his bachelor's degree from Stony Brook University and is an alumni of NYIT College of Osteopathic Medicine.

Levokove completed a traditional internship (Chief Intern) at Long Beach Medical Center (N.Y.). He attended and completed his residency in obstetrics and gynecology at Nassau University Medical Center and was Chief Resident in his final year of training. Following residency, he went into private practice in obstetrics and gynecology with offices in Nassau County and Manhattan.

Levokove has been directly involved with the clinical Ob/Gyn training of NYITCOM students, students from other medical schools, as well as Ob/Gyn and Family Medicine residents from 2001 thru 2015. In 2011, he was recruited and became a member of the inaugural faculty of The North Shore/LIJ/ Hofstra: (Northwell) School of Medicine and appointed as a Clinical Assistant Professor. His areas of interest include: General Practice, Obstetrics & Gynecology, Emergency Medicine, History of Medicine, and preparing, educating, and facilitating for students success in clinical practice.