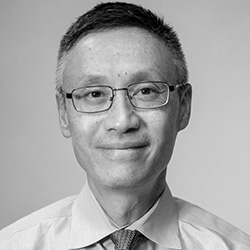 To Shan Li currently serves as the interim vice chair of OMM at the NYITCOM campus in Jonesboro, Ark. He is also the associate course director of the musculoskeletal system in the first-year curriculum and serves on the curriculum advisory committee. In addition to teaching, he provides osteopathic manipulative medicine (OMM) specialty care and acupuncture to patients at the college's two academic healthcare centers.

Li’s current research focuses on the study of the effect of OMM for constipation in subjects with parkinson's disease. He graduated with distinction from Cornell University in 1991 with an A.B. in Biological Sciences. He attended the Philadelphia College of Osteopathic Medicine and completed his residency in family practice. He is board certified in family medicine, osteopathic manipulative medicine, and integrative holistic medicine.