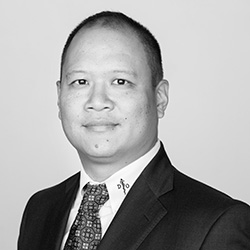 Yao serves as chair of the Department of Osteopathic Manipulative Medicine at NYIT College of Osteopathic Medicine. He joined the OMM department in July 2006 and provides osteopathic family medical care at the school’s health centers. Applying his OMM training, he addresses structural problems that may be preventing his patients from achieving optimal health and function. Yao has special interest in treating patients with Parkinson’s disease and musculoskeletal issues, such as scoliosis, neck and back pain, and sports injuries.

He actively participates in teaching medical students in the classroom and in clinical settings, which students have acknowledged through teaching awards since 2010. Yao is passionate about the osteopathic profession and stresses evidence-based medicine when teaching his students. He is the principal investigator in several research studies investigating the effects of OMM, Parkinson’s disease, and concussions. In addition, Yao has published articles and created a website documenting the effects of osteopathic medicine on clinical disease.

He is a member of the Board of Governors on the American Academy of Osteopathy. Yao also serves on the Osteopathic Principles and Practice COMAT committee for the National Board of Osteopathic Medical Examiners and was awarded the 2014 Item Writer of the Year. Lastly, he serves as a reviewer for the Journal of the American Osteopathic Association.