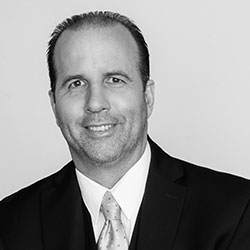 Robert J. Koenig is responsible for the start, development, and growth of the NYIT-New York City Hospitality Management Program as well as NYIT's M.B.A. concentration in Hospitality Management. He serves as the faculty advisor for NYIT's School of Management (SOM) Honor Society, Beta Gamma Sigma Chapter, and is the founder of The Society of Hosteurs. He serves on the Hotel Association of New York City's Sustainability Committee and an annual judge for the Hotel Association of NYC Sustainability Awards for New York City. As an NYIT Associate Dean, Koenig was on the administrative School of Management team that assisted in the school receiving AACSB accreditation, February 2015. Published works include manuscripts in an array of academic peer-reviewed research journals and university textbooks.

He earned the following degrees from Johnson and Wales University: an Ed.D. in Educational Leadership and a master's, a bachelor's, and three associate's degrees pertaining to the disciplines of culinary arts, hotel administration, and food and beverage management.

Koenig has also been the recipient of industry awards, including "Partner of the Year 2013" with the New York chapter, PCMA, as well as academic awards for faculty leadership, teaching, and community service. He has received four "Best Research Paper" awards by The Institute for Business and Finance and Clute Research Institute. In 2015, Koenig received the NYIT Presidential Engagement Award for student engagement in global education.

Koenig has been featured and cited in many major newspapers, magazines and journals including Hotelier; Lodging; and recognized in the 2016 NAFSA – Association of International Educators 2016 Internationalizing the Campus, Profile of Success at College and Universities, for his work in building international summer education programs – which was part of the portfolio in NYIT receiving the 2016 Senator Paul Simon Award for Campus Internationalization. Koenig has established international educational programs and partnerships in Australia; Romania; Vancouver, B.C.; South Korea; and China.

He has appeared on nationwide television for cooking demonstrations and hosted a radio talk show. Since 1994, he has been committed to community outreach programs to help those in need including City Harvest; Covenant House; St. Jude Children's Research and North Shore Animal League.

Koenig has installed two NYIT rooftop beehives in an effort to promote sustainability, and articulates that "beehives help preserve the environment, protect it, and enhance our communities." To assist NYIT students and their studies, he established the Bee-lieve Hospitality Student Leadership Scholarship Fund.