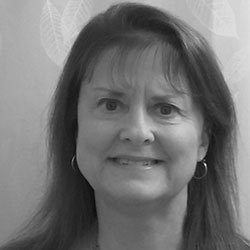 Joanne Grasso, D.A., is an adjunct associate professor of History and Political Science specializing as an "Americanist" in the areas of the American Revolution, the American Presidency, and the Founding Documents, particularly in political and intellectual history. She also teaches Philosophy and Interdisciplinary courses and holds an interdisciplinary Doctor of Arts degree in Modern World History, two Master of Arts degrees in History and Government and Politics, and a Bachelor of Arts degree in Politics, Economics and Society. Grasso is a member of the Society for Historians of the Early American Republic (SHEAR), Society for History in the Federal Government (SHFG), the American Revolution Round Table (ARRT) in New York City, and the Daughters of the American Revolution (DAR). Her past career was in the travel industry, and she has traveled extensively internationally and throughout the United States, particularly to historic sites.