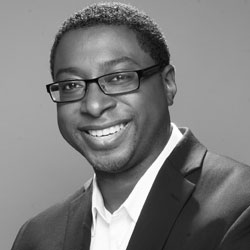 D. Bernard Webster is an innovation engineer and go-to-market strategist responsible for training more than 10,000 startup entrepreneurs in New York and New Jersey since 2009. He has also launched several successful technology startups including a winner of the U.S. Small Business Administration's Growth Accelerator competition in 2015. Webster has pioneered a unique interdisciplinary approach to modern education, responding to emerging deficits in innovation experienced throughout under-resourced communities around the world. His process began at the age of 24, while pursuing his Doctorate in Art Education. He suspended his formal studies to become a public school teacher in high-needs neighborhoods in New York. It was here that he committed himself to unlocking human potential through early, consistent exposure to technology, entrepreneurship, art, and media practice. He has devoted himself to creating meaningful connectivity between academia and local communities, fostering collaboration in academic research, engagement of university talent, and technology resources.

Webster is inspired by Harvard Professor of Entrepreneurship Daniel Eisenberg’s article, “Tactics of Strategic Opportunism.” His framework for venture creation and development, therefore aims to equip founders with practical steps to exploit near-term opportunities while navigating towards long-term sustainability. For his efforts, Webster received (2) Congressional TEC Champion Awards for Pioneering Technology in Urban Communities and was named to BEMM’s Top 100 Men of Distinction in 2016. He has appeared in Forbes, the Huffington Post, Quartz, the New York Business Journal, and is a featured marketing expert at Black Enterprise Small Business University. He is the author of STEPFORWARD: An Illustrated Guide for Advancing Your Entrepreneurial Mindset and continues to his effort to disrupt the continuum of education in order to produce more disrupters and outside-the-box thinkers who can change the world.