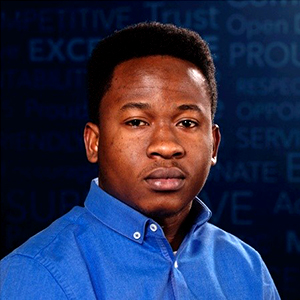 Victor is a Senior Associate with the Risk Assurance practice at PwC Vancouver. He received his master's degree in cybersecurity from NYIT-Vancouver in 2017 and has remained a close friend to the campus. Victor holds a bachelor's degree in computer engineering from Covenant University in Nigeria. While studying for his master's, Victor held various on campus roles including working as a student assistant and a member of the Graduate Student Association.

Victor continues to contribute to the Vancouver campus by serving on the advisory board of NYIT-Vancouver's Master of Science in Cybersecurity program with the mandate to help create an industry-focused education program. He is also an associate of (ISC)2, an international, nonprofit membership association for information security leaders, and he is also the current membership director for the Vancouver chapter of ISACA (formerly known as Information Systems Audit and Control Association), which is an independent, nonprofit, global association that engages in the development, adoption, and use of globally accepted, industry-leading knowledge and practices for information systems. 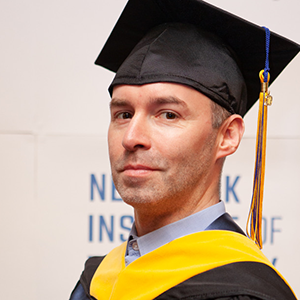 Konstantin Fedorov was awarded a Master's degree in Network Security in 2019. This is his second Master's as he holds one in Engineering/Economics from the Moscow Aviation Institute in Russia.

While his career after New York Tech is just starting, Konstantin already has plenty of experience in network security and information technology. He began his first job as a network administrator in 1998, while still studying for his first degree in Russia. Since then he's worked with almost every operating system that exists and is certified by many software and hardware manufacturers including Microsoft, IBM, and Silicon Graphics.

For the past five years, he also added finance to his interests. He is an active stock market participant, constantly doing various research and analytics, and is looking to become a C.F.A. in the near future. He also has a solid experience in blockchain fundraising, working as one of the senior managers at ICOBox, a SaaS ICO solution provider.

Added to that, Konstantin started riding motorcycles and has made them into his second profession. He is now a certified racing engineer with about 15 years of experience, and runs his own company specializing in motorcycle imports, suspension tuning, and custom project building workshops. He travels extensively and has rode on two wheels to every corner of the world.

Konstantin is also an eight-year veteran camp leader at Burning Man, an annual art gathering in the Black Rock Desert of Nevada. His camp, Insomnia, actively participates in building various art projects such as a real-world cinema theater in the middle of the desert with popcorn and sugar candy included! 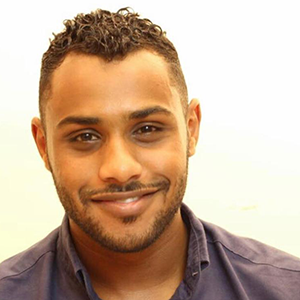 Hafiz's passion for construction and engineering can be tracked to his pre-professional days. Whether working in Sudan or Canada, the construction language remains the same, and that's what Hafiz loves about civil engineering. "I always believed that education is the most important thing that helps you to improve yourself and your skills, and that's why I decided to pursue my M.B.A." Yet, it wasn't until after Hafiz graduated in 2018 that is realized how impactful pursuing an M.B.A. at NYIT-Vancouver was. "It helped me to be able to understand and involve myself more in the corporate environment. I can't deny that I had learned a lot when I was a student at NYIT whether from my courses, instructors, or my role as a student assistant, every part of this journey helped me to gain the experience and the strength that is helping me every day to improve my career." A year later, Hafiz was accepted as an Engineer-in-Training (EIT) at the Association of Professional Engineers and Geoscientists of British Columbia, which is the first step to become a Professional Engineer in Canada. 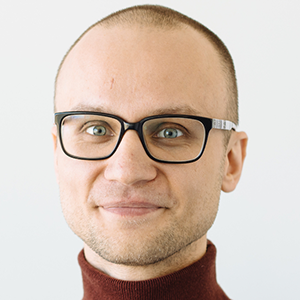 Vladimir has more than 12 years of experience in information and communication technology. As a Solutions Architect, he designed and implemented country-wide systems that connect nations and provide communication services to tens of millions of people. It's not only about reusing existing tech but creating something new - Vladimir was a product manager for a completely new market-specific product for voice over LTE and voice over WiFi services.

Upon starting his program at New York Tech, Vladimir was offered a market analyst position with the LA-based fintech company Element Group and dug deep into financial data and blockchain offerings. This year he is conducting business analysis and data gathering automation at one of Vancouver's startup companies in the shared mobility field, you may use some results of his efforts quite soon. He is also running his own development agency. So, if you need to develop a reliable and fast high-load system or rethink your business with the help of machine learning technology, give him a go.

Since graduating, Vladimir is already giving back to New York Tech. He is currently a teaching assistant for Algorithms, Computer Networks, and Data Center Security courses. Vladimir is brining awareness of our school and its students throughout the city by co-hosting a technology and startup meetup that unites developers and startup owners of Vancouver. Join them every Friday at the Downtown Campus at 7 p.m.

Vladimir uses his free time to hone his skills by learning new tech and management techniques. An avid motorcycle enthusiast and racer, Vladimir competes not in one but two national championships: short circuit and cross-country. 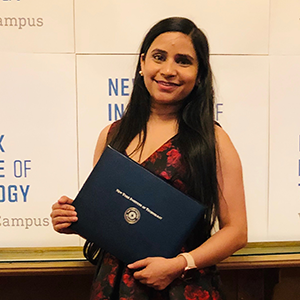 Varsha Singh joined the NYIT-Vancouver campus in May 2017 as an M.B.A. student to enhance her skill set in the areas of management and financials, focusing on analysis and research techniques. Before coming to Canada to study, she worked for KPMG Global Services - India, one of the “Big Four” global management consulting firms as a senior analyst in the areas of market research analysis.

At KPMG, Varsha was focused on providing market research services to clients in the United Kingdom. She possess the skills of interpersonal communication, networking, and financial statement analysis. “My knowledge on various financial products as studied during my M.B.A. program will help me in servicing to the valued customers at the bank.” Additionally, she has specific skills in research databases, such as Capital IQ, Bloomberg, Factiva, and Qualtrics.

When Varsha moved from her home country, India, to Vancouver, she did not know anyone in the city. Yet, once she started her studies at New York Tech, Varsha started making connections through networking events, classes, and in and around the city. When she graduated, she had many more friends with whom she could enjoy her time here.

Soon in the second semester of her M.B.A., Varsha became a student assistant for the Office of Career Services and Alumni Relations. Her outspoken attitude, great interest in research, and highly career-oriented personality motivated her to assist the Career Services team at NYIT-Vancouver. This position also helped her with analysis of the Canadian market research industry; meeting professionals from the industry, networking, and organizing the events from scratch to execution. Towards the end of her coursework, in the fifth semester of the study, she found a part-time employment opportunity for one of leading market research companies in Canada, which she continues to work for post-graduation.

When Varsha isn't working, she enjoys travelling, hiking, enjoying the sun at the beach, and doing adventurous activities. Varsha plans to stay in the beautiful city of Vancouver for next couple of years. 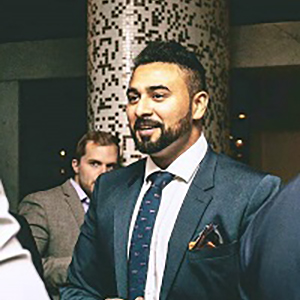 Sareeb Ujjwal grew up and studied electronics and communications engineering in India. Upon graduating with his bachelor's degree, he worked in the IT industry before moving to Canada in 2014 to begin his NYIT-Vancouver journey. Two years later, Ujjwal completed his masters in information, network, and computer security and began working at LEDCOR, construction and building contractors. In 2017, while with LEDCOR, Ujjwal established a connection between his employer and his alma mater as he organized a hiring event at the NYIT-Vancouver downtown campus. Today, Ujjwal is a business development manager at Staples Business Advantage, Vancouver.

Ujjwal strongly believes in giving back to NYIT-Vancouver. Through is association with the Surrey Board of Trade as a business development coordinator, Ujjwal created a relationship between SBOT and NYIT as well. Ujjwal feels that he shares a special bond with NYIT. He started his life in Canada with NYIT and his OneCard (student ID) was his first form of identity in his this new country. He says he will always be thankful for the support and love he received from out institution.

In his free time, Ujjwal enjoys hiking, playing basketball, jogging, and swimming. He is a big fan of Lebron James and the Vancouver Canucks. He also speaks four languages: English, Hindi, Punjabi, and Arabic. 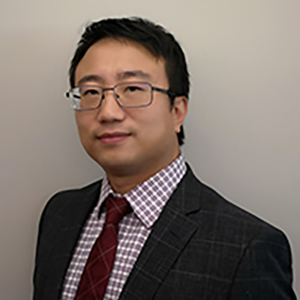 An M.B.A. graduate from 2017, Corey Zhou's passion for public speaking and his expertise in accounting directed him to become a lecturer at NYIT-Vancouver after graduation, teaching M.B.A. candidates various accounting courses including a Chartered Professional Accountant (CPA, CMA) course where he specializes in cost accounting and business management. Zhou has worked as a controller at a private freight-shipping company, where he proposed and implemented changes to improve the company's working capital and overall profitability. He is currently an accounting manager at the Vancouver branch of Expeditors, a global leader in supply-chain management. In his spare time, Zhou enjoys spending time with his family, traveling, serving as an student ambassador, and exploring new restaurants in our vibrant Vancouver.

What to be included in our alumni spotlights? Know of alumni doing great things who should be spotlighted? Contact us at vancouver.alumni@nyit.edu.